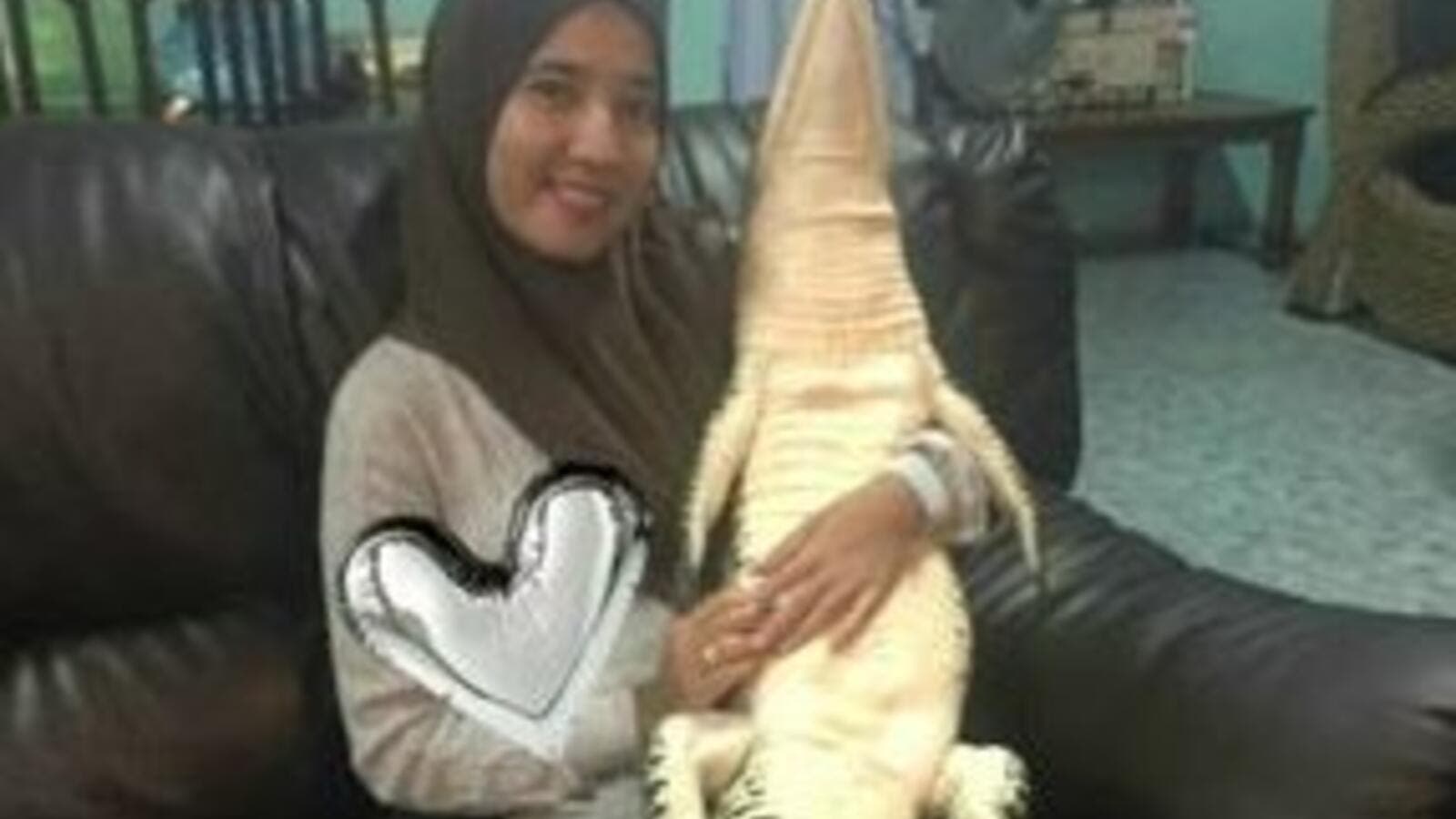 This is the moment a young woman who caught a live crocodile behind her house poses for pictures with the predator in her front room sitting on her sofa.

The incident took place in the city of Kota Baru in the northern Malaysian state of Kelantan when 22-year-old Azy Nadia Aziz found a 5-foot crocodile milling around the back of her house.

So she decided to take the huge reptile into her home for a cuddle and a selfie together.

In the video footage, Azy is seen cuddling up to the barely-moving croc on the sofa while smiling for the camera.

In the next scene, the crocodile is seen taking a stroll around the living room.

Azy said on social media that the crocodile 'was not moving and was not aggressive' when she spotted it so she 'captured it and brought it into my house'.

She added: 'I took a video with it before releasing it into a nearby river that evening.'

However, some people criticised the 22-year-old for cuddling and posing with the croc and sharing the video on Facebook

Azy responded to her online critics by saying: 'Stop criticising me as I did not keep it as a pet. I only captured it for a while.'