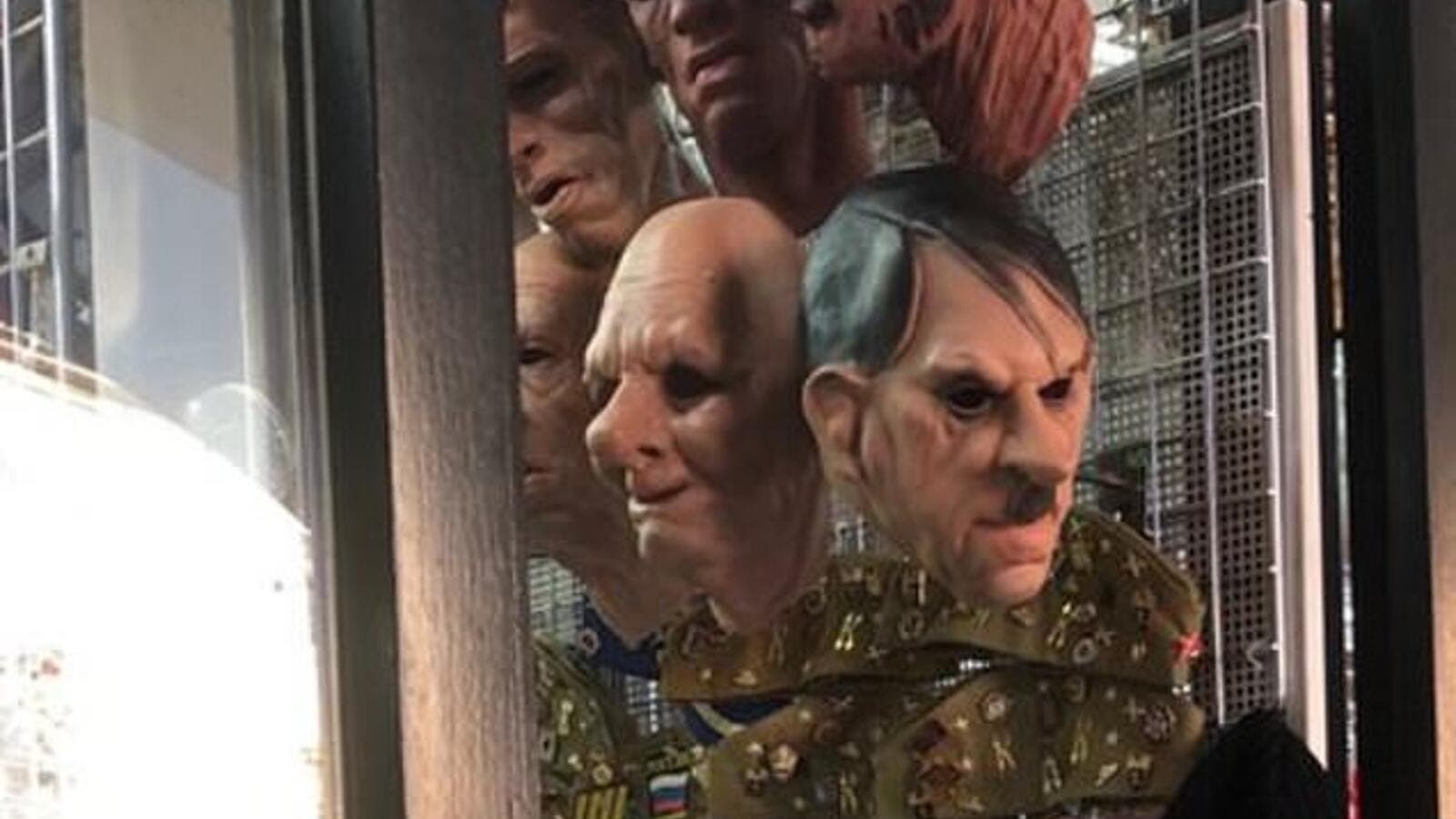 Masks of Nazi Germany leader Adolf Hitler (Twitter)
Highlights
In response to Israng's tweeted picture of the Hitler mask, Israeli ambassador to Czech Republic, Daniel Meron, described the masks as an 'affront to Holocaust survivors and their memory'.

Investigations by police are underway today into the shop in the Czech capital that sold the Halloween mask.

German ambassador to Prague, Christoph Israng, tweeted a picture of the Fuhrer souvenir on display in the shop window last Friday, the day after Halloween.

The diplomat wrote in a caption: 'The Czechs suffered so much under the Nazi regime. Why is such trash being sold in Prague's centre now?'

In response to Israng's tweeted picture of the Hitler mask, Israeli ambassador to Czech Republic, Daniel Meron, described the masks as an 'affront to Holocaust survivors and their memory'.

He wrote: 'The sale of such costumes is an affront to Holocaust survivors and their memory. 80 years after beginning of WW2 and 75 years after the Liberation of Auschwitz, we should join forces to fight such spread of extremism and hatred. Thank you for raising attention.'

Katerina Pisackova, spokeswoman for Prague's central district, said the city had terminated the rental agreement of the shop in the picturesque Lesser Town.

Its owners claimed in the agreement they would sell clothes and 'objects representing the traditional Prague culture and the culture of the Czech Republic'.

Jaroslav Ibehej, spokesman for the Czech police's organised crime unit, declined to provide further details of the investigation, but added: 'Our department is investigating the case.'

Hitler oversaw the annexation and occupation of the Czech Republic, formerly Czechoslovakia, from 1938 to 1945.

Under Nazi occupation, around 263,000 Czechs were massacred and sent to concentration camps as part of the Holocaust.

The UNESCO-listed centre of the Czech capital, which dates back to the Middle Ages, is home to a raft of shops criticised for selling offensive or kitschy souvenirs including fur caps with Soviet Red Army insignia or garishly-painted Russian matryoshka dolls.

Central district mayor Pavel Cizinsky said in a statement: 'Let's admit that some shops tarnish the reputation of the Prague heritage area.'