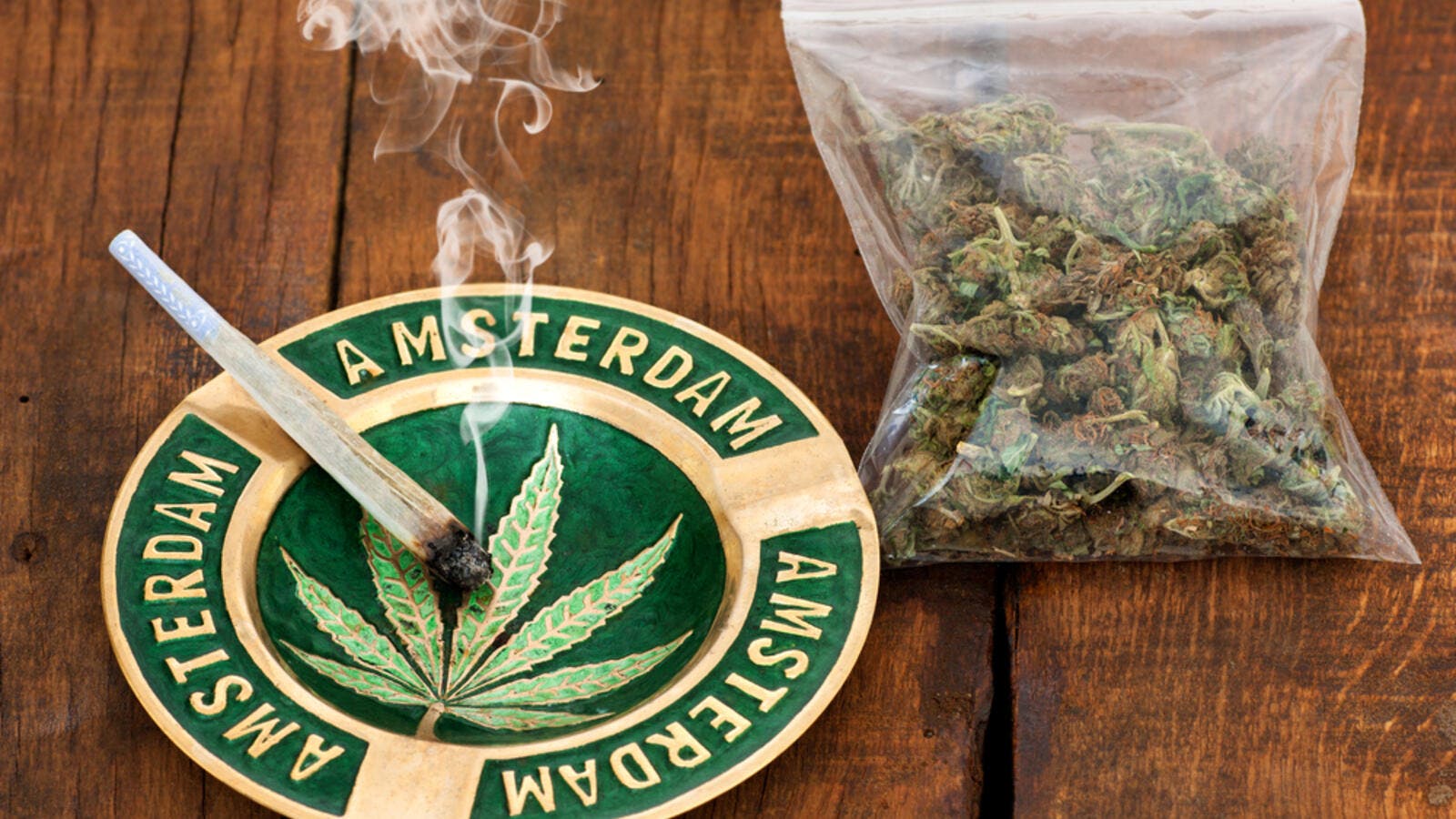 Amsterdam won't allow foreigners to buy cannabis under plans put forward by the city's mayor shortly after her deputy announced tours to watch prostitutes pose in windows in the red-light district are 'disrespectful' to sex workers and will be banned from 1 April.

Mayor Femke Halsema is seeking political support to stop foreigners visiting to get high, after a survey revealed that 34 per cent of tourists and 42 per cent of Britons would choose not to visit the Singel area if the drug was not available in coffee shops.

Cannabis is currently available in coffee shops in Singel, Amsterdam, where the red-light district is located and prostitution is also allowed.

Tours of the legal prostitution zone, which have been deemed 'disrespectful' to sex-workers, by deputy Mayor Victor Everhardt, are to be barred from 1 April.

A surveyed 11 per cent of tourists said they would never visit the city again if cannabis was prohibited, the research by the Amsterdam research, information and statistics office, found.

Amsterdam is looking to stop foreign tourists, who are known to be rowdy in the red-light areas, from being drawn to the city centre.

'For British visitors, coffee shops by far are the most frequently mentioned main reason to come to Amsterdam (33 per cent),' the organisation told the Guardian.

The results were delivered to lawmakers in a document by Haselma, announcing her plans to overhaul the drugs policy in the Dutch capital.

In addition to the prohibition for foreign tourists, the document said she is seeking 'a study this year to reduce the attraction of cannabis to tourists and the (local) regulation of the back door.'

While cannabis is tolerated in the Netherlands, production of the crop is illegal and often leads to coffee shops procuring supplies through the 'back door', and dealing with criminal organisations.

Haselma added that she wants 'A clear separation of markets between hard drugs and soft drugs,' due to rising levels of narcotic use in the city.

According to a city-commissioned report entitled The Other Side of Amsterdam, the city is becoming a safe haven for harder drug users and hustlers.

'Amsterdam has given free rein...to a motley crew of drugs criminals, a ring of hustlers and parasites, middle-men and extortionists, of dubious notaries and real estate agents,' the report said.

At the bottom are 'criminal lackeys such as scooter and taxi chauffeurs and even youthful messenger-boys set to follow quite a career path: offering murder as a service.'

The local government in Amsterdam has banned guided tours that take groups past the famed windows in the city's red light district where visitors watch semi-naked sex workers pose.

The move to ban guided tours that take groups past the famed windows in the city's red light district where visitors watch semi-naked sex workers pose, is part of the city government's latest attempt to address over-tourism, protect workers and clean up the Dutch capital's red light district, which is a magnet for rowdy visitors.

Sex workers are regularly abused and photographed without their consent by members of tour groups, the city said.

Tours of the red light district will still be allowed if guides stick to the new restriction, which takes effect in April, and keep the windows off their itineraries.

Some 115 guided tours pass through the district every day.

The city said research has shown that the high number of visitors inconveniences more than half of the residents and businesses in the area.

Banning group tours of the red-light district windows 'will help to prevent disruptions for residents and businesses', Mr Everhardt said.

Amsterdam has for years suffered a negative side from too many people crowding the canal-side streets of the city's historic heart, which includes the red light district.