All the regions of Saudi Arabia are currently witnessing the largest ever celebrations in the history of the Kingdom to mark the occasion of the 92nd National Day, which falls on Sept. 23. 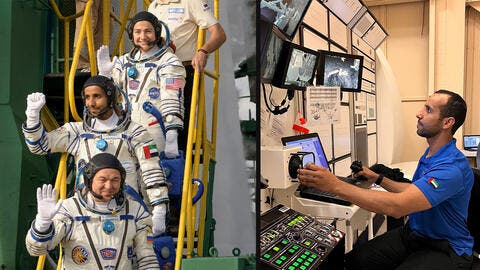 Turki Al-Sheikh, chairman of the Board of Directors of the General Entertainment Authority (GEA), launched on Saturday, Sept. 17, the giant program of nine-day celebrations under the slogan “It Is Our Home,” which will run through until 26 in all over the Kingdom.

Saudi fighter jets, military and civil aircraft will take part in the largest air show in the history of the Kingdom under the slogan “A homeland salute”, featuring 34 events that will be held in 13 major cities across the Kingdom.

Over the course of 10 days, the Royal Saudi Air Force is performing air shows with Typhoon, F-15S, Tornado and F-15C aircraft in 14 cities. The Royal Saudi Naval Forces Command will also participate in a national parade including military vehicles, a motorcycle squad and a horsemen’s show, in addition to a naval show demonstrating the latest marine equipment, along with boats show presented by the Naval Special Security Group (NSSG) and finally, an aerial parade by helicopters.

The National Day air shows will be held 13 cities in the Kingdom, including Riyadh, Jeddah, Khobar, Dammam and Jubail, as well as in the cities of Al-Ahsa, Taif, Tabuk and Abha, in addition to the cities of Sarat Ubaidah, Tamniyah, Khamis Mushait and Al-Baha. The Royal Saudi Naval Forces are undertaking activities on the National Day in both the Jeddah waterfront and Al Fanateer Beach in Jubail, where there will be a large parade of the private maritime security group boats.

On its part, the Ministry of National Guard will participate with a number of helicopters at the beginning of the air show, in conjunction with security aviation helicopters, one of which will carry the Saudi flag on a tour that extends for about half an hour. The Border Guard Command in the Makkah and Eastern Province regions is participating in the celebrations with the parade of a number of marine vehicles such as ships and boats starting from the south of the waterfront on the northern Corniche in Jeddah and sailing towards the north and back in the same direction as well as at the landmark of the water tower towards the south in the city of Al-Khobar and back in the same direction along the waterfront.

The Ministry of Interior participates in the celebrations with exceptional participation through military shows that will include a theater of operations with the distinguished engagement of security sectors and a live musical performance by military bands.

The capital city of Riyadh, and the city of Jeddah would witness a special event, represented by the launch of a parade and cavalry of the Royal Guard on a tour of the main roads, to form a majestic national procession that shares citizens’ joy, with the participation of the Saudi royal anthem band and classic cars headed by the Royal Guard.

The international Cirqus Du Soleil will present exceptional performances that are designed for this year’s National Day, which will take place at the theater of Princess Nourah Bint Abdulrahman University in Riyadh, for a period of four days, under the title “The Wealth of a Homeland" from Sept. 21 to 24.

Cirque du Soleil, which has been working on for seven months, weaves an amazing artistic and surreal tapestry in a world where the impossible becomes possible, where gravity-defying acrobatics and daring performances are unveiled for the first time in the Kingdom of Saudi Arabia, to tell the story of the rich national culture for the Kingdom, its people, its values ​​and its future dreams.

Cirque du Soleil takes visitors on an immersive and inspiring journey across the Kingdom, representing more than 24 allegorical hours, with captivating storytelling and breathtaking performances, as well as highlighting the beauty, spirit and culture of the Saudi people, as the title “The Wealth of a Nation” indicates national treasure and wealth. 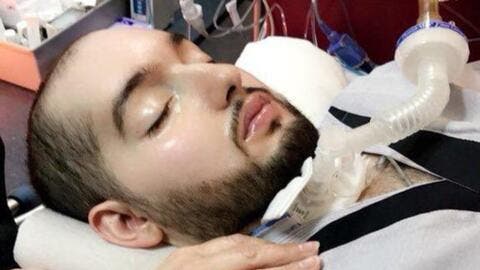 Festivals and events will not be limited to Riyadh and Jeddah, as 13 regions of the Kingdom will host festivals celebrating the Kingdom’s history and authentic national heritage, to be launched in public parks, including dozens of entertainment events, interactive activities, heritage-related shows, and crafts.

Prince Mohammed Bin Abdulaziz Sports City in Madinah will hold the National Operetta, which will tell the story of Saudi Arabia throughout its history, with dazzling technologies displaying innovative folkloric paintings and the launch of the historical exhibition to outline the history of Saudi Arabia further. More than 200 performers and exhibitors will participate in the operetta on Sept. 23, to participate in various folkloric performances supported by sound effects.

The national operetta will be performed by the artists Ibrahim Al-Hakami and Nayef Al-Badr. The operetta is accompanied by a historical exhibition, highlighting the history of Saudi Arabia and its regions,

A variety of musical concerts will be held in five central regions: Riyadh, Abha, Al-Qassim, Jeddah, and Al-Ahsa. Prominent artists from the Middle East and North Africa region, such as Mohammed Abdu, Abadi Al-Johar, Rabeh Saqer, Majed Al-Muhandis, Ahlam, Angham, and Ahmed Saad will perform at the events.

On the tunes of the national songs, the visitors will be entertained by four players of the violin, flute, lute and qanun instruments. The entertainment games are mixed with national projects in the festival sites through 8 games available to the public. These festivals will be held in Grassy Park in Riyadh, Prince Majed Park in Jeddah, King Abdullah Park in the waterfront in Dammam, King Khalid Park in Buraidah, as well as Al-Nakhil Park in Al-Jouf, Prince Fahd bin Sultan Park in Tabuk and Sama Abha Park, Hail, Al-Qayyim Park in Al-Baha, Aba Rashash Park in Najran, Al-Riffa area in Arar, and the heritage village in Jazan.

Fireworks to light up skies of 18 cities

Massive fireworks will light up the skies of 18 cities in various regions of Saudi Arabia. At 9:00 pm on Friday, September 23, 2022, fireworks will go off simultaneously in 18 cities to illuminate the Kingdom’s sky in green and white, where the performances paint an artistic painting expressing the national identity at an altitude of up to 300 meters, all citizens can watch the fireworks displays and share the times of joy and rejoicing in the memory of the National Day.

The viewing places for fireworks vary, including Al-Thaghr Plaza in Riyadh, King Abdullah National Park in Buraidah, Northern Khobar Corniche and Dammam Corniche, Prince Muhammad bin Abdulaziz Sports City in Madinah, Sama Abha Park, and Prince Hussam Park in Al Baha. Fireworks will also illuminate the sky of the North Corniche in Jazan, the Al-Nahda neighborhood in Najran, the Al-Mughwah Park in Hail, in addition to the gardens of Burj Arar.

After The Funeral Britain Cleans up