China-based artist and curator Colin Siyuan Chinnery is presenting his work for the first time in Saudi Arabia as part of the country’s Diriyah Contemporary Art Biennale held in the JAX district of Diriyah, outside Riyadh. 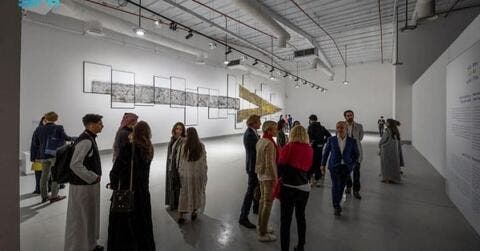 Unfortunately, he will not get to see his work on show due to strict quarantine re-entry restrictions in Beijing, where he is based.

The artist is presenting a 19-minute sound and video installation titled “Voluntary Garden,” which will be on display from Dec. 11, 2021 until March 11, 2022, when the event finishes.

The multi-media art project is a four-channel video installation that weaves musical elements together and was first displayed at Beijing’s Fusion Art Center in 2019 and UCCA Center for Contemporary Art.

“This project is not necessarily about building bridges or overcoming differences, but in a way, that’s what I was doing. A British artist working in China and exhibiting in Saudi Arabia has that kind of cultural complexity through this kind of work,” Chinnery said regarding why he chose to show this specific installation in the Kingdom.

For the project, Chinnery invited 39 individual musicians to perform on a small platform floating on top of a pond in a traditional Suzhou-style courtyard near the Forbidden City in Beijing. The artist asked each musician — whose style ranged from Chinese folk music and classical to jazz and rock — to play whatever they wanted to as a response to the recordings of the other musicians who played before them.

The resulting work was a collage of performances that made it seem as though the musicians were collaborating with each other. 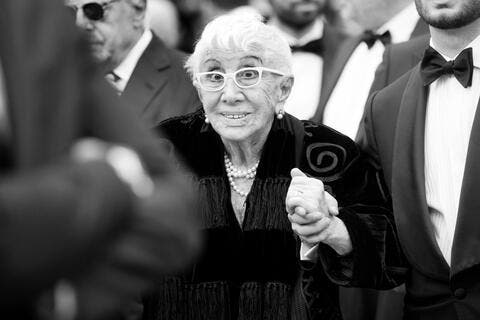 “I didn’t want to change the music in any way,” said Chinnery, who used to sing in a band in Beijing during the early 1990s. “I didn’t manipulate its tone, rhythm, speed or anything like that. But I chose the overlaps very carefully so that each time the musicians overlapped with each other, they worked perfectly as if they were collaborating.”