Published June 15th, 2021 - 06:26 GMT
Robot Bricks Rugby Secret Question Matching
Highlights
“We want them to understand that well-educated people are the ones who can do great things

Many parents worry over their children’s screen time and gaming habits, and debates over the damaging effects of video and online games on mental health, behavior and cognitive functioning have become a staple of social conversations. 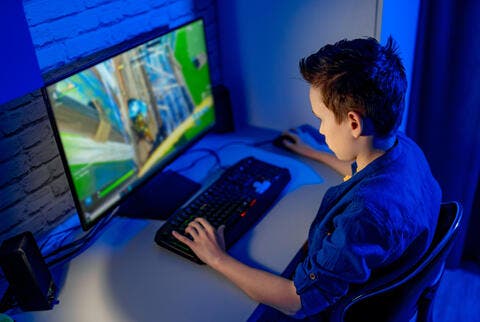 How Do You Protect Child Gamers From Online Predators?

The Jeddah-based game development studio Hakawati was set up to offer alternative educational games for Arab children inspired by their culture, history, and language, while also encouraging them to raise their aspirations.

Looking to share resources with guardians and keep students engaged this summer? Encourage them to play Interland, #BeInternetAwesome's free online game that teaches students how to be confident explorers of the online world: https://t.co/nNCaphXgEW pic.twitter.com/oDyqJXptLb

“We cannot prevent children from playing games. Parents can no longer do that,” Hakawati founder Abdullah Ba Mashmos told Arab News. “So, offering a good alternative is the best solution.”

Ba Mashmos said that keeping children busy with games also offers parents time to relax. Trying to wean off children from playing games on their devices is impossible and tiresome.

As children’s experience with the world becomes increasingly virtual, the potential harm posed by violence in online games is a major concern for Ba Mashmos and his team.

“We oppose any manifestations of violence in games,” he said. “Entertainment does not need to be violent.”

Hundreds of media reports, posts, and videos calling on parents to pay attention to their children’s online gaming activities are circulating almost daily among parents across the region.

These warning messages invariably spike after a tragic story related to popular video games finds its way to the media.

One of the latest stories to go viral concerned a 12-year-old Egyptian boy who died from a heart attack while playing an online game known as PUBG for hours without rest.
However, many parents worry constantly about their children spending too much time playing games on screens.
Screen time is often seen as harmfully addictive, triggering concerns about children’s physical and social health, as well as youth suicide, family violence, and bullying.

With experience in teaching game development and programming, Ba Mashmos said that he has seen how easily online games can normalize aggressive language among children.

Hakawati Game, the fledgling studio’s first offering, is expected to be released by the end of 2021. However, a demo version is available for free.

The interactive storytelling game takes players on a series of adventures in a safe and culturally inspired environment alongside original Arabic-speaking characters.

Ba Mashmos said that the studio aims to educate, strengthen values and spark curiosity in the young by helping them develop their creativity, strategic thinking, problem-solving, and research skills.

“In this game, we focus on values, Arabic language, and science,” he said, “We want to promote science among children.”

Through stories narrated in Arabic within the game, Hakawati is bridging the scientific heritage of Arabic culture with the present by introducing influential Arab scientists from history, enhancing the player’s interaction with the Arabic language through the characters, their names, and their sophisticated backstories.

Ba Mashmos said that scientists used to be portrayed in films and cartoons as obsessive, introverted nerds who lacked social skills.
Hakawati wants to promote a more realistic and inspirational view of science among children. “We want them to understand that well-educated people are the ones who can do great things,” he said.

The game targets children aged between five and 11 and consists of four levels lasting 15 to 20 minutes each. Players can still play, interact with characters, and complete tasks after the game is over.
By creating an original game that matches children’s reality, Hakawati is encouraging children to explore their identity and learn new things about themselves and their culture.

“We are a community of scientists, ambitious and smart people, and we want to erase all kinds of negative stereotypes,” Ba Mashmos said.

“Diversity was another major focus when developing our characters. We brought characters from different backgrounds and races with a special focus on the Arab region,” he said. “We also made sure to represent disabilities.”

Hakawati (@HakawatiAR) is believed to be the only studio in the Kingdom focused on developing games solely for children.
Although game development is still in its infancy in Saudi Arabia, Ba Mashmos believes that his young and diverse team of different nationalities and backgrounds will help the studio prosper.

Hakawati’s developers, software engineers, designers, and artificial intelligence specialists are all based in Saudi Arabia, he said.
The studio relies mainly on and invests in Saudi-based talents, whether in building their team or allowing young members of the Saudi development, design, and animation community to take part in their work when needed.

Hakawati’s biggest goal is to be a Middle East pioneer in game development for children and also expand its audience around the world.

“Our biggest challenge is time — games and development take a lot of our time. At the same time challenges are also increasing quickly.” 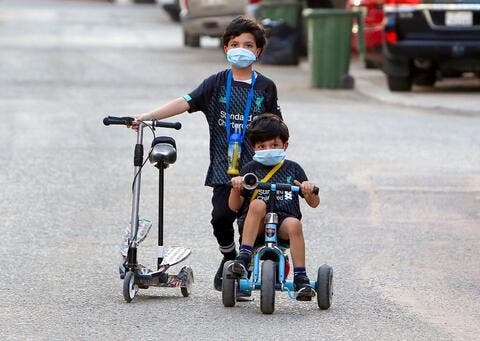 Hakawati took part in MITEF Saudi Arabia this year, a program organized by MIT Enterprise Forum in collaboration with Bab Rizq Jameel, and was were among 15 semifinalists out of over 500 startup applicants.

The studio also among finalists competing at the TAQADAM Startup Accelerator staged by King Abdullah University of Science and Technology.