A group of young volunteers in Iraq's capital Baghdad is trying to instill hope in the public through colorful murals on the walls of houses in the disrepair streets of the war-torn ancient city. 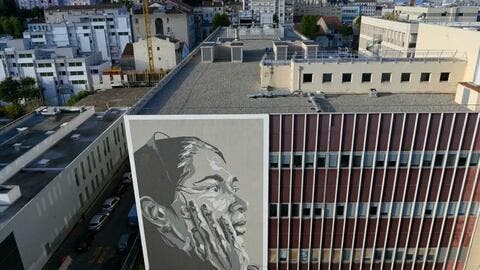 The volunteers that name their team "Butterfly Trail," travel across various districts of the city every day, changing the face of the dilapidated streets.

They depict Baghdad folklore and history in their work.

The team, which also decorates the capital with paintings portraying the fight against COVID-19, currently comprises seven young volunteers.

Ali Khalifa, the team's founder, told Anadolu Agency that they began working on this project four years ago.

"Initially, we decided to paint and draw on a poorly-maintained school wall," Khalifa said, adding: “After that, we started working by visiting other neglected places in a team spirit, with intense appreciation and requests from people.”

Expressing that the paintings they created on the walls that bear the traces of past violence on the streets of Baghdad and were left in disrepair have special “meaning," he stressed: "We want to leave a mark on our work. That's why we named the team Butterfly Trail.”

“The school or residents of the neighborhood pay for our supplies with money they pool together, and we leave a life mark on the walls as volunteers," he noted, and said they are not "affiliated with any political party," and that their profession is painting.

The Iraqi teenager said that when the coronavirus pandemic emerged, he started drawing pictures on the walls in Baghdad neighborhoods, particularly those with low-income families, encouraging people to fight COVID-19.

"The great interest and love of people, and especially children, has allowed us to continue drawing in the streets for so long," he said, adding: “We also make folkloric drawings of Baghdad with the aim to educate people about the past.”

“We are also trying to change the history of Baghdad with these drawings. We want to give a message to the world that 'Iraq loves life and culture'.”

His work is currently concentrated in districts, including Azamiya, Kazimiya, and Greyaat, and areas nearby them, while he also expressed a desire, saying: "I wish there was support for us to travel to more places and spread our project throughout the country."

Residents are also pleased with the vibrant murals produced by volunteer young painters. 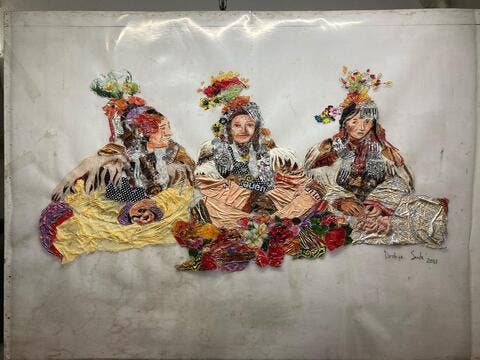 Abu Seca, who drew on the walls of his house on one of Kazimiye's narrow and poorly maintained streets, said: "Our street was in disrepair and ruin before these drawings brought it back to life."

"Passers-by stop to see the painted walls. There is a significant distinction between the two periods. As people see the paintings, even their psychology changes," he added.