Container Ship in Dubai Explodes Into a Huge Fireball

Published July 8th, 2021 - 04:07 GMT
Loud explosion heard in Dubai (Twitter)
Highlights
The combustion unleashed a shock wave through the city, shaking buildings and windows in neighborhoods as far as 15 miles away from the port where many British expats live.

A container ship in Dubai has exploded into a huge fireball, sending tremors for 15 miles across the commercial hub of the United Arab Emirates. 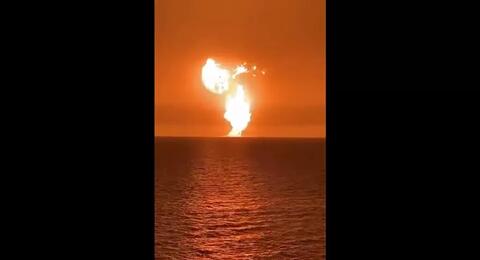 The blaze sent up giant orange flames on a vessel at the Jebel Ali Port, the busiest in the Middle East, which sits on the eastern side of the Arabian Peninsula.

Saw this from the balcony of my hotel where I stayed. #Dubai #DubaiExplosion pic.twitter.com/QRE1Fpajdb

A container ship has exploded in Dubai. pic.twitter.com/fc89OKxcgG

The combustion unleashed a shock wave through the city, shaking buildings and windows in neighborhoods as far as 15 miles away from the port where many British expats live.

This was the explosion heard across Dubai tonight. Details to follow. Praying all are safe. Via @xmufaxsam_ pic.twitter.com/pGUPYx0rUj

There were no immediate reports of casualties at the port, which is also the busiest port of call for American warships outside of the US.

Early Thursday, the Dubai government issued a statement saying that emergency services had brought the blaze under control.

The glow of the blaze was visible in the background as civil defense crews worked to contain the fire.

The extent of damage caused to the sprawling port and surrounding cargo was not immediately clear.

Big explosion in #Dubai’s harbor.
First updates saying a ship at the harbor has exploded. pic.twitter.com/zc4NCypgqH

The cause of the fire also was not immediately known. Port officials said they were 'taking all necessary measures to ensure that the normal movement of vessels continues without any disruption.'

Mona al-Marri, director general of Dubai Media Office, told Saudi-owned Al-Arabiya TV that this incident 'could happen anywhere in the world' and that the government's communication office worked to issue statements quickly to avert rumors from spreading as the cause of the fire is being investigated.

At around 11.45pm residents of Dubai recording with their phones from high-rises posted frantic videos on social media showing a fiery ball illuminating the night sky.

The Jebel Ali Port at the northern end of Dubai is the largest man-made deep-water harbor in the world and serves cargo from the Indian subcontinent, Africa and Asia.

Operated by the Dubai-based DP World, the port has four sprawling container terminals that can berth some of the world's largest ships.

The port is not only a critical global cargo hub, but a lifeline for Dubai and surrounding emirates, serving as the point of entry for essential imports 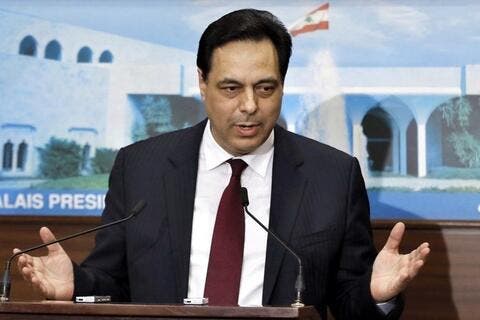 DP World describes Jebel Ali Port as a 'gateway hub' and a 'vital link in the global trade network' that connects eastern and western markets. The company did not immediately issue any public statement on the blast.

The Pentagon did not immediately respond to a request for comment.