A teenager who was once dubbed the world's 'strongest boy' has stunned fans when sharing a photograph 13 years after breaking a series of world records. 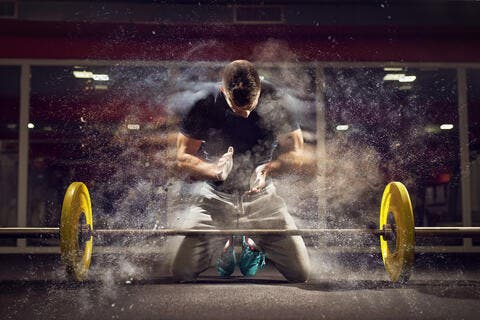 Giuliano Stroe, from Icoana in southern Romania, became a global sensation when he first entered the Guinness World record books with the fastest 33-foot hand-walk at age five.

He impressed a live audience on Italian television with the stunt which involved wearing a weighted ball on his leg. 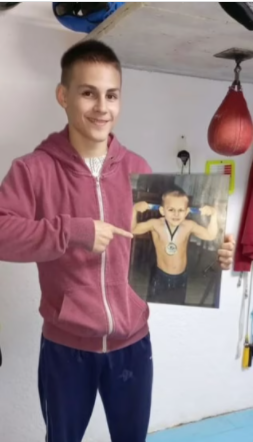 The amateur bodybuilder then went onto break the record for the most 90-degree push-ups a year later in 2010.

Now age 17, Giuliano has shared a recent photograph alongside a snap of himself as a child.

Giuliano is seen wearing loose fitting gym clothes and sliders as he points at his once muscular frame donning an award.

Since sharing the photo on Facebook, he has racked up almost 7,000 likes from fans who've followed his impressive sporting accomplishments since childhood.

One person commented: 'I've been following you since you were a little kid'

'Incredible then and still are now Giuliano,' another wrote.

A third said: 'So proud of you'

Another added: 'Still the best, you've grown so big.'

Giuliano who achieved a number of unofficial records by age nine including 20 push-ups on four glass bottles and one handed handstand for more than 20 seconds, was inspired to get into bodybuilding by hit fitness-fanatic father Lulian.

He and his brother Claudio learned many impressive acrobatic and weighted exercises from their dad.

Claudio started training at a younger age than Giuliano and was copying his older brother at just 18 months old.

As children, they both would lift heavyweights and 4kg dumbbells to build their biceps and chest muscles.

The pair have continued to document their sporting efforts on a YouTube channel which currently racks up almost 10,000 views per video.

Among their brutal workouts are heavy deadlifts, dumbbell bicep curls and boxing.

Giuliano has also given an insight into his family life showing a heartwarming celebration for his 17th birthday and days enjoying swimming.

Former boxer Lulian was once determined to make his sons famous and put them through a gruelling two hour regime each morning in Florence, in central Italy, where his family lived.

However, his plans went awry and he was forced back to Romania, where he focused on making a living selling scrap metal and trading in the southern village of Icoana.

He was forced to hit back at those who claimed he could be damaging his sons' health by encouraging them to weight train as children, saying: 'Critics say that the boys won't grow properly, but there's no proof of that. Hard work and exercise are always good.

'Even a flower will still grow if you put something on it. It's a natural growth.' 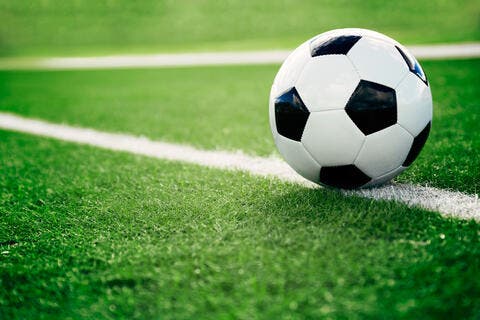 Lulian's wife Ileana added: 'They have a natural ability for this, nothing is forced, it is what God intended for them.'

The family are now hoping to set up a private boxing club where Giuliano and Claudio can compete and participate in the National European Championship.