An Earthquake on Mars? Is That Even Possible?

Published January 24th, 2022 - 09:05 GMT
(Shutterstock/ File Photo)
Highlights
The boulders leave a herringbone-like pattern, thousands of which have been seen, according to research by NASA

Scientists believe they may have discovered records of tumbling boulders on Mars caused by earthquakes on the red planet. 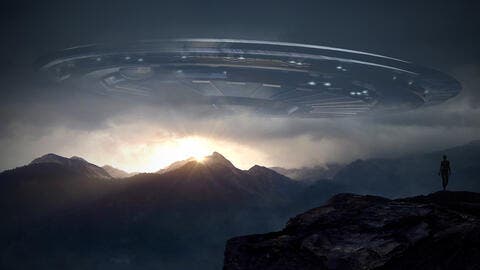 The boulders leave a herringbone-like pattern, thousands of which have been seen, according to research by NASA.

The tracks last about a few years before fading away or destroyed by sweeping winds and are framed by dust and sand, scientists said.

This is the first time rockfalls - known as 'boulder fall ejecta' by scientists - have been spotted on Mars - they have before been found on the moon as well as on a comet - but researchers are more curious as to whether the rocks are currently falling or if this happened in years past.

The pictures were captured between 2006 and 2020 by a camera onboard the Mars Reconnaissance Orbiter HiRISE, which was launched in 2005. Researches at a lab in India were able to see details as small as 10 inches across.

'We can discriminate individual boulders,' Dr. Vijayan, one of the leaders of the research project, said.

They note that this is remarkable because the HiRISE camera has outlasted its designed lifetime.

A study published in December suggests that the tracks can be used to locate seismic activity on Mars, which would prove that the planet is currently dynamic, as opposed to scientific notions that geological activity mostly stopped happening on Mars years ago.

'For a long time, we thought that Mars was this cold, dead planet,' said Brown University planetary scientist Ingrid Daubar.

Vijayan and his team found over 4,500 boulder tracks lasting as long as a mile and a half.

The tracks, which sometimes change direction or branch off, are possible evidence of a boulder disintegrating midway through a fall.

More interestingly, a third of the tracks were discovered after research began in 2006, meaning that the activity that caused them happened in the last 15 years.

Because a common case of rockfalls are seismic activity, they believe this could prove evidence of earthquakes on Mars.

Scientists like the University of Arizona's Alfred McEwen, said this is likely because the geography near where the research was done is in a volcanic region, making it likely seismic activity would happen.

'These giant masses of dense rock loaded up on the surface creates stresses throughout the surrounding crust of Mars,' said Dr. McEwen, who was not involved in the research.

Quakes have been detected by NASA's InSight lander going back to 2019 and numbering in the hundreds. Two of the largest occurred in the region they've been focusing on, known as Cerberus Fossae.

Vijayan's team believes the next step is to take the camera to the colder, polar regions of Mars.