Published June 21st, 2022 - 07:46 GMT
In this file photo taken on April 11, 2022, Elon Musk, founder of SpaceX, speaks during the Satellite 2020 at the Washington Convention Center in Washington, DC. (Photo by Brendan Smialowski / AFP)
Highlights
Musk, 50, had seven children with his first wife, Canadian author Justine Wilson, who he was married to from 2000 to 2008

Elon Musk's 18 year-old son has filed court documents seeking to legally change their gender from male to female and lose their last name, stating: 'I no longer live with or wish to be related to my biological father in any way, shape or form.' 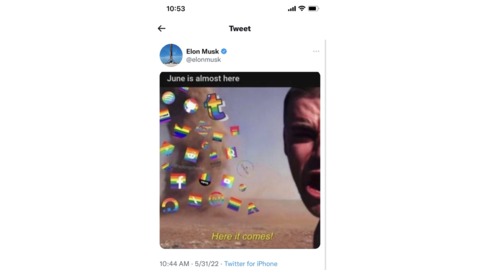 Elon Musk's Joke on Pride Month Fires Back at Him

Xavier Musk, 18, filed the paperwork in Santa Monica, California, on April 18, seeking to be known as Vivian Jenna Wilson. The transgender teenage explained that they wish to take their mother's last name to distance them from their dad.

They have not commented on whether they receive financial support from their dad - whose $213 billion dollar fortune makes him the world's richest man - and whether their disgust at his antics extends to refusing any further handouts.

She gave birth to a son, Nevada, in 2002 who died after 10 days of Sudden Infant Death Syndrome (SIDS). She then had twin sons - Xavier and Griffin - and triplet boys: Damian, Kai and Saxon, now 16.

The five teenage boys have kept a fairly low profile, despite their father having joint custody.

It is unclear what is behind Vivian's rejection of her father, in such a public way. Musk has yet to comment, and it is unclear if he was aware of Vivian's plan prior to the court documents being filed.

Musk, 50, has been criticized in recent months for comments which some claimed were transphobic.

He complained about people using their own pronouns, leading Chasten Buttigieg - the husband of Pete Buttigieg, transport secretary - to reply: 'I hear your frustration, sweetie. See me after class and we can go over the worksheet again.'

He said he was a fan of Florida governor Ron DeSantis, who has been condemned by the LGBTQ community for his so-called 'Don't Say Gay' bill, which prevents discussion of gender identity and homosexuality in classrooms of young children.

It's ALMOST disappointing that all of the "Elon is losing his mind!" stuff just traces back to boring middle-aged white guy wangst:

He doesn't like taxes, his wife left him, his kid came out: "OMG have you guys heard of this club The Republicans??" https://t.co/yHWqkAkql8

And last week, in response to an article discussing whether the question 'What is a woman' was legitimate, Musk tweeted: 'We are simultaneously being told that gender differences do not exist and that genders are so profoundly different that irreversible surgery is the only option.

'Perhaps someone wiser than me can explain this dichotomy.'

He then added: 'It is a better world if we are all less judgy.'

Musk has also insisted he is totally pro-LGBT rights, and cites Tesla's constant top marks in lists of the best places for LGBT people to work as evidence of his open-mindedness. 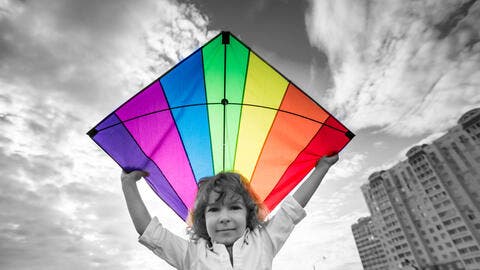 In August Grimes and Musk visited Florence, Italy, with at least three of their five teenage sons, but it was not clear if Xavier was among them.

The next court hearing in the case is scheduled for Friday.