Nearly 50 years later, the Academy of Motion Picture Arts and Sciences apologized to Native American actress and activist Sacheen Littlefeather for her treatment at the 45th Academy Awards in 1973, when she spoke up for Indigenous rights on stage. 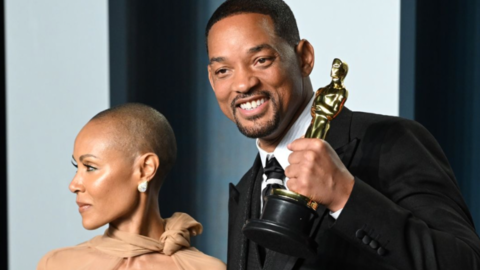 "The abuse you endured because of this statement was unwarranted and unjustified," Academy President David Rubin wrote in a letter to Littlefeather, dated June 18 but revealed on Monday.

"The emotional burden you have lived through and the cost to your own career in our industry are irreparable. For too long the courage you showed has been unacknowledged. For this, we offer both our deepest apologies and our sincere admiration," Rubin said.

In a statement, Littlefeather responded by saying that it was "profoundly heartening to see how much has changed since I did not accept the Academy Award 50 years ago."

"We Indians are very patient people -- it's only been 50 years!" said the Native American actress and activist, now 75 years old.

"We need to keep our sense of humor about this at all times. It's our method of survival," she added.

The Academy Museum of Motion Pictures said it would host Littlefeather for "a very special program of conversation, reflection, healing, and celebration" on Sept. 17.

"In 1973, Sacheen Littlefeather, a member of the Screen Actors Guild, became the first Native woman to stand onstage at the Academy Awards ceremony, on behalf of Marlon Brando," the film Academy said in a statement.

Recounting the events at the 1973 Academy Awards, the statement said that at Brando's request, Littlefeather did not accept his award for Best Actor after his performance in The Godfather, delivering a minute-long speech about the stereotypical portrayals of Native Americans in the entertainment industry.

"She also brought attention to the 1973 Wounded Knee protest in South Dakota. This moment resulted in her being professionally boycotted, personally attacked and harassed, and discriminated against for the last 50 years," it added.

What is Dirty Money in America?