Published May 2nd, 2021 - 04:24 GMT
National flag of France on fence (Shutterstock)
Highlights
"I don’t understand why it's been a week and this gentleman is still free. It raises a lot of questions, I don’t feel safe, frankly,” Sefrioui said.

A video recording showed that Adil Sefrioui was berated with racist slurs and then violently attacked. But his septuagenarian attacker walks free for now. 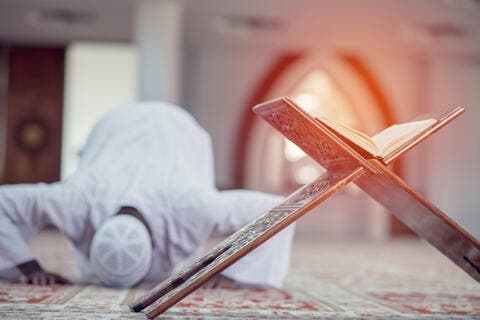 Paris Attacks Turkey For Its Critical Opinion of France

French police have taken a 72-year-old man who rammed his car into a North African man on April 2,  while shouting racist slurs, into custody. However, the court will not charge the attacker with “attempted murder.”

When 42-year-old electrician Adil Sefrioui returned home, situated in Dole, eastern France, his wife Laetitia told him that a strange man in a car had been taking pictures of their home and children. He went outside to find out why, but Sefrioui said the immediate response of the elderly man was just racist slurs: “You bigot, go under the hood today!” he said.

After immediately urging his wife to call the police, Sefrioui says the man physically attacked him while repeating the insults. Laetitia then proceeded to film the scene on her phone camera. The video shows that the attacker gets back into his car and moves away.

"I said to myself, if he leaves before the police arrive, it's like not seen, not taken,” Sefrioui says. But the attacker then makes a move without the couple realising. This time he directly drives into Sefrioui, as he said he would.

"I barely had time to turn my head, I just saw the Renault logo. I said to myself, it's over for you, you’re dead! I threw myself on the hood” Sefrioui said.

He has suffered multiple injuries and is unable to work for 30 days. He sustained fractures to his nose and finger. A week later, he still has a brace around his neck.

"I don’t understand why it's been a week and this gentleman is still free. It raises a lot of questions, I don’t feel safe, frankly,” Sefrioui said.

The septuagenarian attacker was brought into custody only five days after the attack, released two days later, and then placed under judicial supervision with a ban on appearing near the victim's home. He will be tried on May 28 for acts of wilful violence with a weapon, as well as for the racist insults.

But Sefrioui wants a judicial investigation to be opened for attempted murder.

“I don't want this case to be judicially botched, the facts are too serious,” Randall Schwerdorffer, Sefrioui’s lawyer told L’est Republican.

“Considering the elements in our possession including the video so eloquent and the pitiful explanations of the defendant, we can not help but raise the question of the assassination attempt!"

Schwerdorffer believes that Sefrioui’s case was not taken as seriously as it should have because the victim survived. “But my client was just lucky,” he said.

The attacker’s version of the story is, on the other hand, wildly different from Sefrioui’s, despite the video record.

He pleads self-defence and only admits guilt over using racial slurs. According to his lawyer, Christian Malnati, he only attempted to frighten Sefrioui and then “struck his interlocutor without wanting to”, only because he is a victim of a disorder causing “dazzling.”

But for Sefrioui’s lawyer, it is a bizarre explanation.

"Today we have in front of us […] a person who assumes nothing despite having behaved completely despicably, and who continues in this line of defense," Franceinfo reported Schwerdorffer saying.

He said it’s surprising the septuagenarian was only taken into custody several days after the attack and that the question of his detention was not raised. For the lawyer, the racism factor in these events is obvious.