Published January 2nd, 2022 - 07:21 GMT
For many years, Tutah has been sending messages to the world through his art. (Mahmoud Ajjour, The Palestine Chronicle)

Mohammed Tutah lost his leg when an Israeli missile fell on his house in the Zaytoun neighborhood, east of Gaza City on December 29, 2008. 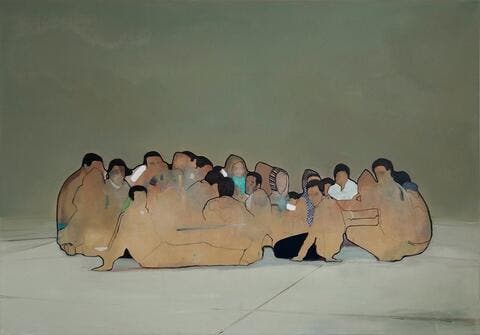 Several members of his family were killed on that day. Tutah survived, but only to live with a permanent disability. At the time, he was only 19 years old.

💜Our hearts Happy New Year from Gaza 🇵🇸
Palestinian artist Mohammed Tutah who lost his leg when an Israeli missile fell on his house in Dec 2008 when he was 19. Several members of his family were killed that day
Photo: Mahmoud Ajjour, The Palestine Chronicle#FreePalestine #Gaza pic.twitter.com/d6gTdziOL2

Since then, this young Palestinian artist has fought for a permit to leave the besieged Gaza Strip. His desire to leave Gaza was not merely in search of freedom but to find a way to receive a prosthetic implant for his right leg.

For many years, Tutah has been sending messages to the world through his art, mostly on the Gaza beach. This year, he used the anniversary of his injury to send a message of steadfastness from Gaza.

Beautiful solidarity from Gaza to Beirut ❤ 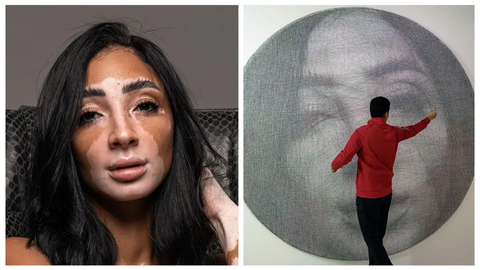 Tutah told The Palestine Chronicle that under no circumstance he would ever give up. In fact, he said that he is “getting ready to achieve a very large sculpture so that he may enter into the Guinness Book of Records and represent Palestine in international art competitions.”

On behalf of Mohammed Tutah and all Palestinian artists, The Palestine Chronicle wishes its readers, and the world, a prosperous, productive and a just new year.