Published July 5th, 2021 - 12:44 GMT
Palestinian Artist Maliheh Afnan (Twitter)
Highlights
She spent the next 23 years in Paris and had numerous exhibitions before moving to London in 1997.

Today’s Google Doodle celebrates the life of Maliheh Afnan, considered by many as one of the most important Middle Eastern artists of the 20th century. 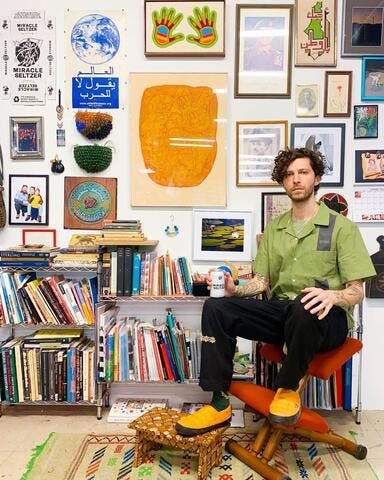 Afnan’s used mixed media in her “written paintings” and works, which are mostly inspired by archaeological scrolls.

She explores themes of exile and displacement alongside Middle Eastern conflicts and her own cultural heritage.

A master of mixed media, Palestinian-born artist Maliheh Afnan was so intrigued with the aesthetics of the written word that she created her own style of abstract calligraphy 🖋

The artist was born in 1935 in Haifa, Palestine, to Persian parents. Afnan and her parents later moved to Beirut, where she attended high school and received her Bachelors of Art at the American University in Beirut.

She moved to Washington DC in 1956, where she received her Masters of Arts in Fine Arts at the Corcoran School of Art in 1962.
During her studies, she used Arabic and Persian scripts in her assignments, which prompted her teacher to introduce her to American calligraphy artist Mark Tobey.

Afnan lived in Kuwait between 1963 and 1966, and later moved to Beirut where she stayed until the civil war forced her to leave in 1974. She spent the next 23 years in Paris and had numerous exhibitions before moving to London in 1997.

Afnan’s interest in written language developed when she was a child as she used to scribble imaginary text and numbers on pages, developing a distinct style of abstract calligraphy. 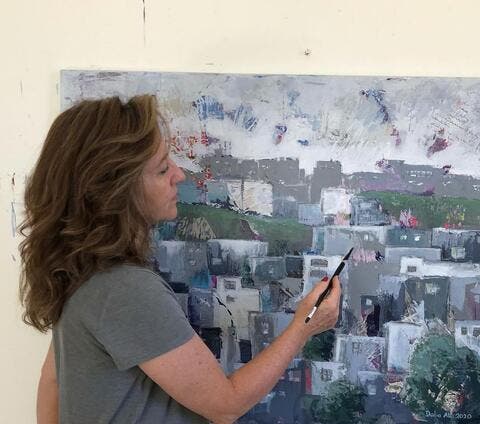 Her works are featured in various galleries throughout the Middle East, several European museums and in the renown New York Metropolitan Museum of Art.