#GrowingUpAGirl: Behind The Scenes of Being A Girl

Published July 23rd, 2021 - 08:26 GMT
While we cannot deny that growing up as a girl has its advantages, we also have to acknowledge the fact that it also comes with a great deal of baggage that can be hard to carry. (shutterstock)

No matter where you are in the world right now. Whether you are a woman or a man, it is quite imperative that you become aware of what it means to grow up as a girl in our world. What it means to have certain aspects of your life set in place long before you were born. 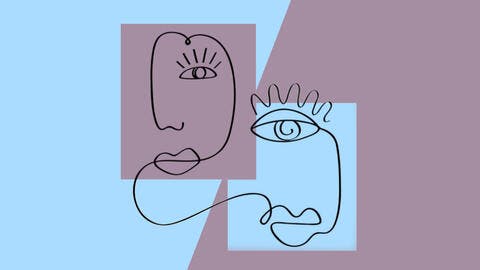 Gender Differential Parenting: What is it and Why We Have it?

Back in 2015 the hashtag #GrowingUpAGirl erupted all over social media. And even though it might have first started as a joke, soon enough many girls started sharing their struggles and the gender discrimination that they are facing.

With so many girls sharing this hashtag, it became quite obvious that millions of girls across the globe are having similar experiences, and #GrowingUpAGirl was just a way to shed light on what we all know but refuse to admit - girls grow up in a world that can be very unfair and sexist to them.

With being born a girl comes a great deal of things that girls have to get accustomed to. It all starts when they are kids. As a kid, it is easy to fall into the trap of accepting everything and just going with the flow. But as we grow older, we begin to have our opinion and perception and realize that some things should be challenged. That some ideologies and restrictions were forced upon us simply because we were born as girls. That some decisions were already made for us long before we were even born.

And if you really think about it, how can this be just? How can you expect us to stay silent and not question why being a girl meant having certain rights stripped away from us?

Growing up as a girl, I was told that I have to dress a certain way. Shorts and dresses that were above the knee were a no go. After all, it can be tempting and might send the wrong “message”. And if God forbid and a girl chose to wear outfits that did not conform to certain standards, she was told she would have to live with the consequences.

So I was not surprised when a girl was sexually harassed and the first thing everyone said was “What was she wearing?”. Because after all, boys will be boys.

Furthermore, what can be even more distressing is that the world even associates catcalling and being mean with flirting. At a young age, girls are told that if a boy is being mean then it means he likes you, unaware that this way we are teaching girls that rudeness and disrespect are a way of love. This can be quite taxing and toxic for girls, because they will grow up believing that it is okay to have someone be rude and mean to them.

#GrowingUpAGirl getting told that the boy harassing you is "just doing that because he likes you!!"

However, it does not stop there, because society also expects women to dress to please. They expect us to live up to unrealistic beauty standards, and the worst part is that only a few are aware of the deep distress it can cause to girls.

When girls feel like they cannot live up to these beauty standards, their self-esteem and confidence can be severely impacted. But that is not all, because if a girl does dress up, the first thing people usually say is “Who are you dressing up for?”, as though we do not get to dress up for ourselves and feel good about it.

But how we look and dress is not the only thing we have to worry about. Because growing up as a girl means that I do not get to stay out late because bad things can happen to girls at night.

Growing up as a girl means that I cannot have an outdoor walk without making sure no one is following me, because a safe walk is a luxury girls cannot seem to afford in today’s world. Not only that, but my family and friends did not miss a chance to remind me that I should always have friends around, because there is safety in numbers. What is even more distressing is the fact that this logic still sticks with me as I am older now. Every time I walk down the street, I have to check that no one is following me.

Every time I pass a group of guys, I make sure to cross the street and walk on the other side, just so that I can have a head start if they decide to do something. Being born a girl can sometimes mean living in fear because chances are, girls always tend to be blamed.

What is even more distressing is that the problem extends far beyond daily struggles. Because for some girls, being born a girl means that they are being stripped of the right of choice. For instance, in Mauritania, young girls are forced fed high calories milk in order to make them gain weight.

The justification is that this way they can look prepared for marriage and keep men happy. This on its own is a human rights violation! Every human gets to decide what they eat and how they want to look like. But it does not stop there, because some girls do not get any sort of education as well.

Around two-thirds of the world’s illiterate population are women. Furthermore, around 200M girls and women have been subjected to genital mutilation in order for them to improve their chances of getting married and increase a male’s sexual pleasure. 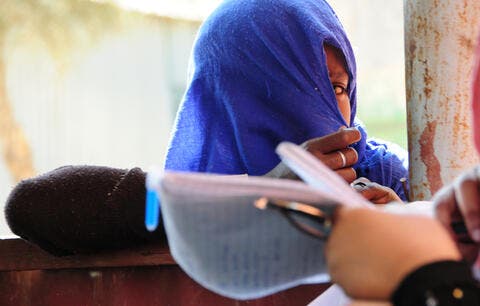 WHO reports that genital mutilation is actually a violation of human rights and can cause severe harmful impact on a person’s wellbeing.

Today is the International Day of Zero Tolerance for Female Genital Mutilation (FGM).

FGM is an extreme form of discrimination against women, violates human rights, and has NO health benefits.

It must be prevented: #EndFGM!

While we cannot deny that growing up as a girl has its advantages, we also have to acknowledge the fact that it also comes with a great deal of baggage that can be hard to carry. As girls we get accustomed to certain things at a young age. And learning to unlearn these patterns can be very challenging at times. Therefore, shedding light on these struggles and injustice  is quite imperative in order to work towards creating a better safer world for everyone, including women. Especially women.