'A Happy Time: It's No More Masks in France!

Published June 16th, 2021 - 06:43 GMT
People in France will no longer be required to wear a face mask outdoors as Covid-19 restrictions ease. AFP

In less than 24 hours the French can stop wearing masks outdoors, except when in crowded places, and enjoy a curfew-free life from Sunday, the prime minister announced in a major rollback of public health restrictions on Wednesday. 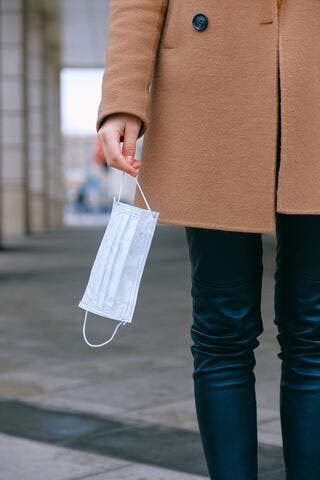 “We are living in an important moment, a happy time to return to a normal form of life," Jean Castex told a press briefing following a health council meeting at the Elysee.

The decision to lift the restrictions 10 days in advance was taken in lieu of the "positive development” in the health situation due to an effective mass vaccination drive, he said. At least 21.4% of the French population is fully vaccinated, according to Our World in Data, a tracking website.

"In view of these results, it is normal that we adjust our measures and certain elements of our calendar, while maintaining a high level of vigilance over the coming weeks," he added. “We are going to lift the general obligation to wear a mask outdoors ... without delay."

Masks will still be compulsory indoors, closed spaces and outdoors in crowded areas and public markets.

The health restrictions on masks and curfew were to continue until June 30, but since the third stage of lockdown came into effect last week, in general the obligation on wearing of masks outdoors was followed with less stringency.

The announcement on the rollback comes even as Health Minister Olivier Veran on Tuesday appealed to “not relax collective vigilance.” He advised caution based on the UK's experience amid rising cases of the Delta variant. British Prime Minister Boris Johnson announced the delay in lifting the last stage of the lockdown for four weeks.

Veran said France is currently facing the situation which was in the UK a few weeks ago. About 50-150 new infections are being detected daily in France and nearly 2% - 4% of the test results show the presence of the Delta variant, which was first detected in India. 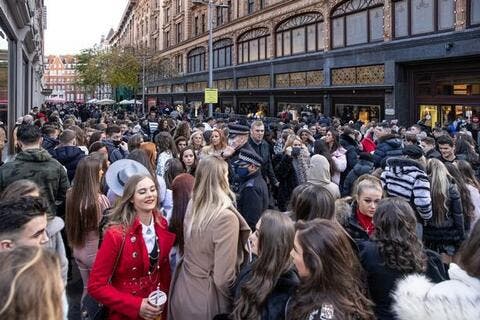 Harrods: The Brits Are Sick of Masks, Sick of Covid

Castex said vaccination is the “best bulwark against the epidemic resumption." He said by next month, the target is to fully vaccinate 35 million people and provide the first shot to 40 million people.

France has also begun vaccination for children aged 12-17 to avoid them being the asymptomatic carriers of highly contagious variants.