Harrods: The Brits Are Sick of Masks, Sick of Covid

Published April 19th, 2021 - 04:45 GMT
'Chaos' as hundreds flout Covid-19 rules outside Harrods (Twitter)
Highlights
Almost none of them appeared to be sticking to social distancing rules or wearing face masks despite being crowded together.This article has been adapted from its original source.

A huge crowd of maskless young people gathered outside Harrods yesterday, blocking a street and forcing police to step in. 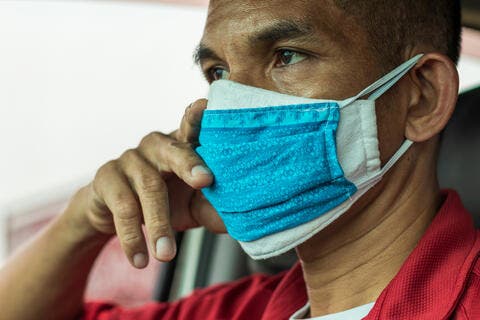 Footage shows hundreds of people outside the luxury department store in West London drinking and standing in groups of more than six.

Almost none of them appeared to be sticking to social distancing rules or wearing face masks despite being crowded together.

Four people were arrested in front of Harrods this weekend after hundreds of maskless young people gathered outside, and large groups attempted to enter the store, despite Covid restrictions. https://t.co/yPAdOanDga

It follows a similar incident outside Harrods in December last year where four people were arrested when a huge crowd attempted to make its way into the store.

One passerby commented: 'This is at Harrods in London! So many people without masks just standing outside in a massive crowd?

'They’re definitely not from London they have traveled from another city.'

Several people in the area have suggested that the young people are members of the traveller community who 'overran' the store last year.

The crowd last year was similarly made up of hundreds of young people not wearing masks or paying attention to social distancing.

Many of those in the group appeared to be heavily made up, looking as though they were heading for a night out on the town.

Met Police were called to the store just after 1pm on December 5 and four arrests were made for affray and Covid rule breaches and the crowd later dispersed. 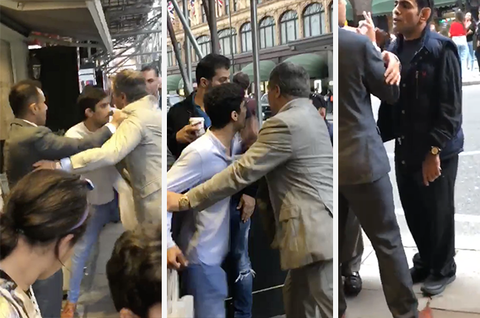 Since the restriction easing on March 29 people have been allowed to gather in groups of six, and from April 12 the 'stay local' rule has been lifted.

Harrods and Met Police have been approached for a comment.

Woman Aims For Guinness by Running 100 Miles on Treadmill