How Did This Woman Won Custody of Two Cats?

A woman in Turkey won custody for two cats on Friday in a landmark verdict that involved an expert opinion on the felines' psychological well-being. 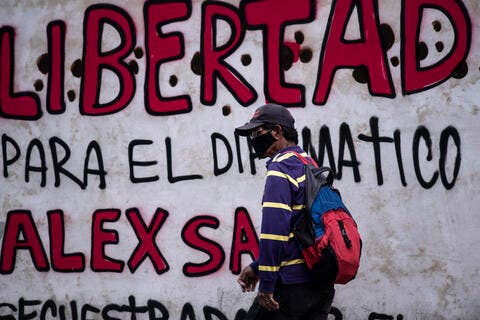 The Cape Verde Constitutional Court Did Not Respect The Law

She had been taken to court by her ex-boyfriend for their cats, Piraye and Cingoz, which the couple -- both of whom were unnamed -- adopted in 2013 and 2015 while living together.

🐱🐱A woman in Turkey won custody for two cats in a landmark verdict that involved an expert opinion on the felines' psychological well-beinghttps://t.co/xbpeSZAz2G pic.twitter.com/d5JNVKSsbi

When their relationship ended in 2016, her ex-boyfriend filed a lawsuit demanding custody for the two cats, claiming he left them with her only until he found and settled in a new residence.

However, he said his ex-girlfriend refused to give them to him once he moved into a new home.

The woman, requesting the Istanbul court to drop the case, argued that there had been no such agreement as to her temporary guardianship and that Piraye and the partially blind Cingoz had spent only five weeks away from her over their entire lives.

She testified that the two had adopted Piraye together and that she had covered the treatment costs of Cingoz, who was near death when adopted.

During the trial, the court asked for an expert opinion on the cats' current living conditions, whether they could live apart, and how their mental state would be affected if separated.

Inspecting the defendant's home, an expert veterinarian appointed by the court reported that all of the cats' needs were met in their current environment and that they were in good health.

The veterinarian added that a change of living environment would be a source of stress for the cats and that while Piraye could easily adapt to a new home, it would be difficult to do so for Cingoz.

The court awarded custody of both felines to the defendant, as the plaintiff had not provided financial support, nor expressed interest in the cats' care for years.