The Cape Verde Constitutional Court Did Not Respect The Law

Published October 17th, 2021 - 09:13 GMT
A man walks past a graffiti reading "Freedom for diplomat Alex Saab, kidnapped by the government of Cape Verde" in Caracas, on February 23, 2021. / AFP / Yuri CORTEZ
Highlights
ALEX SAAB’S EXTRADITION IS A SHAMEFUL ACT OF POLITICAL COWARDICE BY CAPE VERDE GOVERNMENT AS LEGAL PROCESS WAS NOT COMPLETE

Statement by The Defense Team of Alex Saab - Cape Verde’s active participation in the kidnapping of Venezuelan diplomat Alex Saab is a shameful and cowardly act which must be denounced by all those who oppose the judicial overreach of the United States. 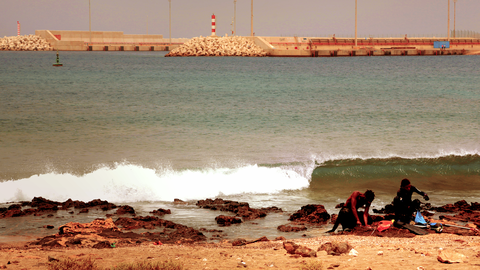 Shortly after 16.00 local time, Cape Verdean police officers entered the house where Special Envoy Saab was being detained and took him to Sal airport where he was handed over to US agents. This action was taken with no representative of the defense team having been provided with prior notification and nor did they have the relevant documentation or resolution to that effect.

Judgements handed down by the Constitutional Court, only become final when they are not subject to appeal or claim, so the judgment handed down by the Constitutional Court on 13 Octoberonly become unappealable 5 (five) working days after the date of its delivery, during which period it may be the object of a claim, namely, for the invocation of nullity or clarification.It is also incumbent upon the first instance court to issue the necessary dismissal warrants, without which the delivery of the extradited person to the requesting State is not possible.

The Defense Team of Alex Saab has not been made aware of any decision of the Barlavento Court of Appeal, which issued the original extradition decision, confirming that it could be executed and nor is the existence of such a decision mentioned in the letter from the Ministry of Justice.

Since this Court should also, prior to delivery, have decided on the application submitted by Alex Saab, through which it was requested that the extradition be declared inadmissible, due to supervening facts, in particular the violation of the right not to be tried twice on the same matter (“ne bis in idem”) enshrined in article 32, number 5, of the Constitution of the Republic of Cape Verde.

For multiple reasons therefore, the surrender ofAlex Saab to the United States on a date prior to the final and unappealable decision granting the extradition, without the case having been transferred to the lower court for decision on the pending issues and for the issuance of the competent warrants of dismissal, constitutes a flagrant illegality, and disregard for the rules of international law.

Cape Verde has today shown that for all its talk of being a bastion of democracy in Africa it is a small nation which will bow to the political whims of a powerful ally no matter what the cost to its reputation. Over the course of the past 16 months Cape Verde has time and time again shown that when it comes to dealing with Alex Saab it was willing to defy the binding decisions of the ECOWAS Court of Justice, the United Nations Human Rights Committee and five other United Nations Special Rapporteurs and one UN Working Group.

That Cape Verde agreed to extradite a Special Envoy and Deputy Ambassador who is entitled to immunity and inviolability sets a very a dangerous precedent. Centuries of long-established customary international law have been brushed aside by the complicity of Cape Verde. 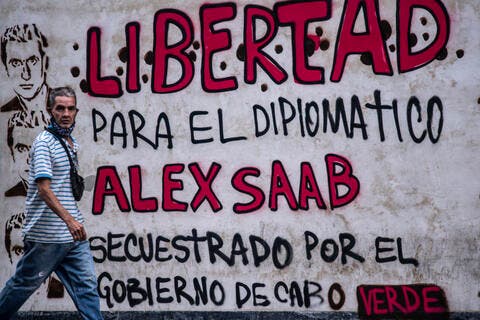 Finally, Alex Saab and his Defense Teamare confident the US Court of Appeals of the 11th Circuit will recognize his entitlement to immunity and quash the politically motivated indictment that was issued against him in July 2019.

The Defense Team of Alex Saab