How Do You Strangle Your Wife to Death? A Jordan Man Did So!

Published June 28th, 2021 - 09:42 GMT
Murder scene (Shutterstock)
Highlights
Investigations showed that the victim was beaten and strangled by her husband over family disputes

Security personnel early Monday found the body of a woman inside her house in the Balqa governorate, northwest of Amman.

A spokesman for the Public Security Department (PSD) said that the Balqa police rushed to the scene after receiving a tip about the death of a woman inside her home.

"Investigations showed that the victim was beaten and strangled by her husband over family disputes," the spokesman added. 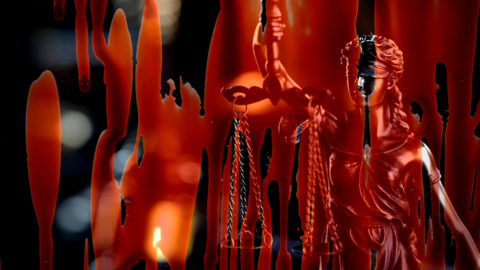 Jordanian Woman Killed By Ex-husband In Court On Women's Day

The spokesman further said that the husband, who confessed to the crime, was arrested, noting that the investigation is still ongoing.