If You Want to Pray You Must Pay: Yemeni Worshippers Told by Houthis

Published December 9th, 2019 - 09:58 GMT
(Shutterstock)
Highlights
The minister called on Yemenis in Houthi-controlled areas to "catch up with the Arab uprisings" and "regain their dignity and overthrow this criminal gang", referring to the Houthis.

Yemeni worshippers attending a mosque in Sanaa have been ordered by Houthi rebels to pay to use the premises, according to a notice pinned to the gate of the religious institution that has since gone viral online.

Mosque goers wishing to pray the early morning dawn prayer must pay 100 Yemeni rials ($0.40), while those attending all other prayers during the week, including Friday prayers, have been told to pay 50 Yemeni rials ($0.20).

A monthly subscription fee of 4,000 Yemeni rials ($16) could be paid for regular attendees of the mosque, the notice adds.

The Houthi supervisor at the mosque has justified the absurd move to pay for the runnings costs of the institution, including the electricity and water bills.

However, not all prayers require a fee.

The notice says all those intending to pay the prayer of the dead as per traditions of Islamic funerals, may do so free of charge, only if the deceased is from the same family.

Yemen's Minister of Information Muammar Al-Eryani weighed in on the debate with a tweet in which he slams as never having "occurred throughout all stages of history", he added.

"These criminal practices that have reached an unprecedented level of recklessness and disregard for the suffering of the people and the deliberate humiliation of people."

The minister called on Yemenis in Houthi-controlled areas to "catch up with the Arab uprisings" and "regain their dignity and overthrow this criminal gang", referring to the Houthis.

The Yemen conflict was sparked after Houthi rebels overran the capital Sanaa and other major cities in 2014, prompting the military intervention of neighbouring Saudi Arabia just months later, which coordinated a coalition of Arab states to reinstate the internationally-recognised government of Abedrabbo Mansour Hadi.

The deadly war has killed more than 91,000, according to figures by ACLED, and has triggered the world’s worst humanitarian crisis, according to the United Nations. 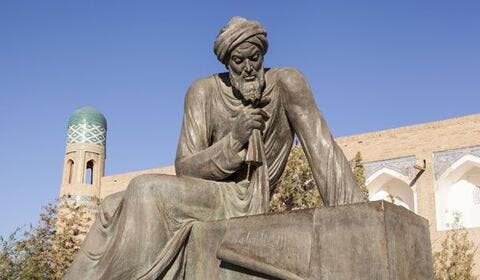