A girl, kidnapped almost nine years ago from the Gilbert area of Mumbai's Andheri, was reunited with her family on Friday in Mumbai. 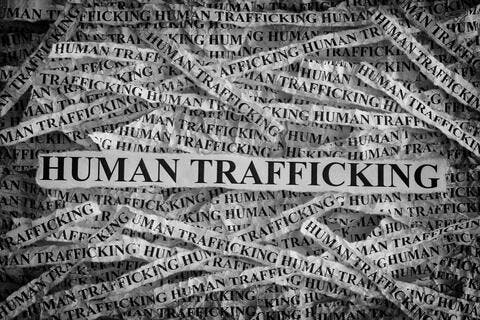 Against Human Trafficking: The USE Rings The Alarm Bells

D N Nagar police have arrested one of the accused and sent him to custody till August 10. The police registered a first information report (FIR) against the accused couple Harry D'Souza and his wife Soni under sections 363 (kidnapping), 365 (intent for abduction), 368 (wrongful confinement ), 370 ( trafficking) and 374 (unlawfully compelling a person for labour) of the Indian Penal Code.

"She was finally reunited with the family on Friday. The man who had kidnapped her was arrested. Surprisingly, the kidnappers, and her original family, lived in the vicinity," said the police.

The girl- Pooja Gaud was kidnapped by a Mumbai-based couple on January 22, 2013, when she was going to school following which her family, as well as the police, had launched a frantic search for her.

Pooja Gaud, a 7-year-old who went missing in 2013 and was the subject of the only newspaper story to have moved me to tears, has incredibly been found! https://t.co/8hvJpW20HB

Pooja was kidnapped when she was going to school with her elder brother. The police said that the couple, residents of Juhu Gully, did not have a child and kidnapped Pooja.

When the parents got alerted about the incident, they registered a missing person's report at D N Nagar Police Station. The police then launched a search for the girl and distributed posters carrying her photographs in the area.

After kidnapping Pooja, both Harry and Soni took her to Goa and sent her to the boarding school. It has been reported that when the kidnapper got their own baby, they started to torture Pooja and after some time, they came back to Mumbai.

Meanwhile, 35-year-old domestic helper Pramila Devendra, who worked in suburban Juhu, came across Pooja, who was also working in the same area.

"During their conversation, Pooja once told her that she had been kidnapped and was being harassed by her family members who were not her original parents. Pramila then searched on the internet about registered missing reports and came across the stories and articles about Pooja, following which she called Rafeeq, a neighbour of Pooja. Pramila also informed the D N Nagar police station about the case," the police official said.

Police came into action and police interrogated Harry D'Souza and his wife, with whom Pooja had been staying for the last nine years.

Harry Joseph D’Souza kidnapped 7 year old neighbourhood girl Pooja Gaud who was on her way to school. Made her work as babysitter in others homes. Finally after more tham 9 years she is found & united with her family. https://t.co/s1J0Qv0SV1

On Friday, the girl was reunited with her family members- her mother Poonam and 19-year-old brother Rohit.

Inspector Khurde said that their reunion was a very emotional moment for us as we were able to reunite the missing girl with her family.