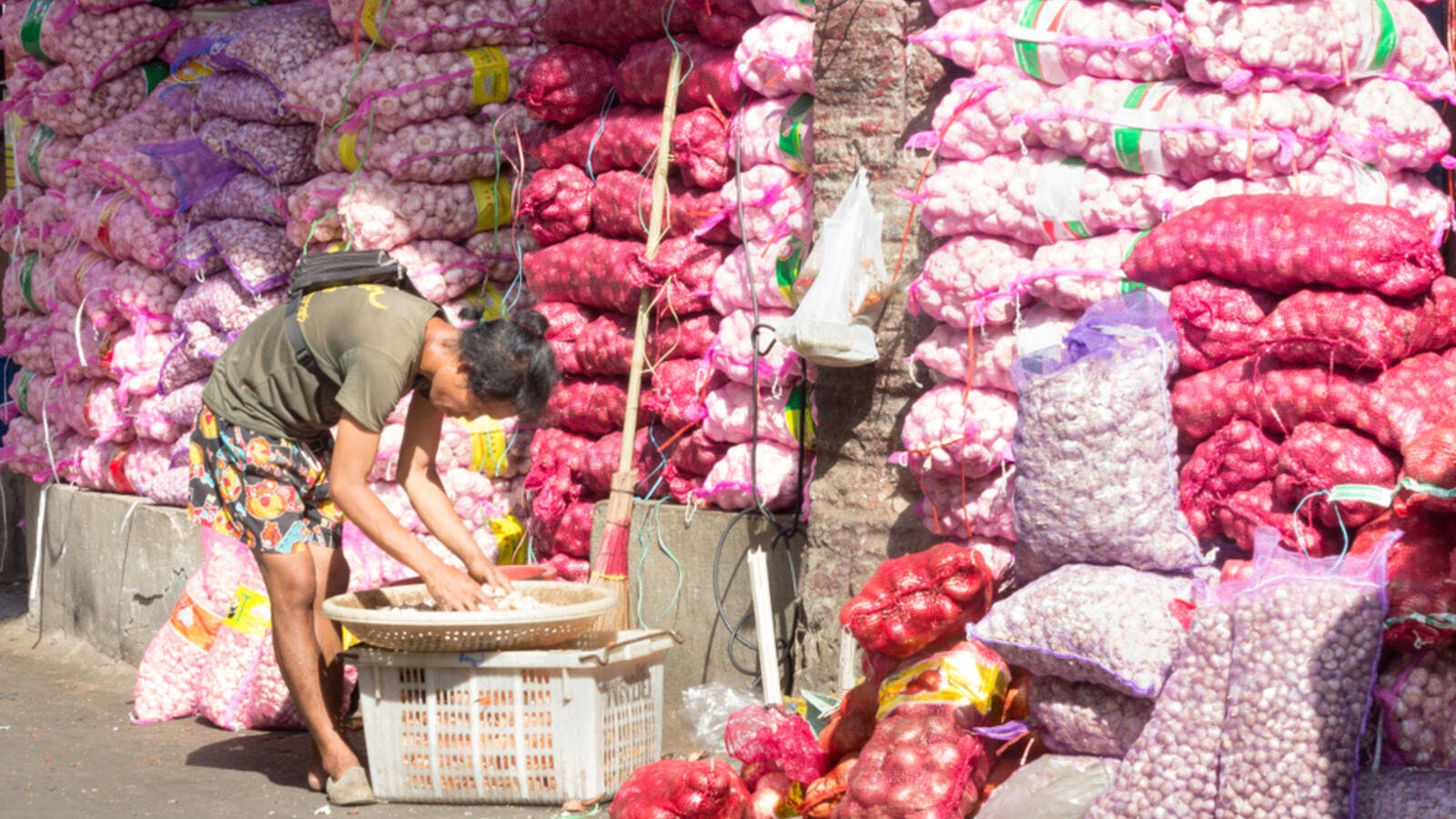 (Shutterstock/ File Photo)
Highlights
The thieves had escaped with onions worth Rs50,000, beside some garlic and ginger.

With their prices breaching the Rs100 per kilo mark in West Bengal, onions have seemingly become more alluring for thieves than cash, at least going by the claim of a vegetable seller whose shop was burgled in the state's East Midnapore district.

Akshay Das, who has a shop in Sutahata, found things scattered all around when he opened his outlet on Tuesday morning.

Realising that thieves could have sneaked into the shop on Monday night, Das was in for a shock when he counted his losses.

While the money kept in the cash box was intact, several sacks containing onions were missing.

According to Das, the thieves had escaped with onions worth Rs50,000, beside some garlic and ginger.

"They didn't take a single paisa from the cash box," he said.