Published June 20th, 2021 - 04:22 GMT
Shamima Begum (Twitter)
Highlights
He said the message that Shamima and Amira had given him was not hate or violence, but the a dream of a perfect society.

Shamima Begum wore an ISIS badge on her blazer in an attempt to recruit class members to join the terror group, it has been claimed. 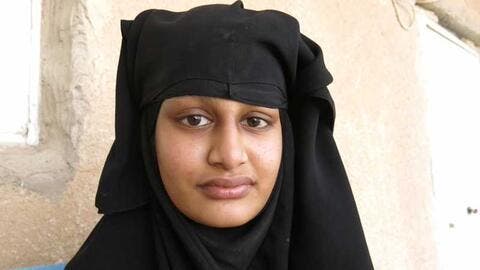 Jihadi Bride Shamima Begum in Skinny Jeans, Says 'I Was a Dumb Kid'

For the first time, former pupils at Bethnal Green Academy have spoken about their experience of attending school alongside the Jihadi bride.

They also attended the school alongside Amira Abase and Kadiza Sultana.

Speaking to MyLondon, one former high school student recalled how she had noticed matching pins on the lapels of his classmates Shamima and Amira's blazers.

'They'd start talking about religion and try to rope people in,' the student, whose identity was not revealed, told the website.

TV9 Bharatvarsh documentary shows ISIS bride Shamima Begum holding a document with Congress party’s logo: This is how it happenedhttps://t.co/baSQ63gFOs

According to the student, Amira had encouraged him to meet with an Imam-an islamic teacher who could tell him more about ISIS.

He said the message that Shamima and Amira had given him was not hate or violence, but the a dream of a perfect society.

'Being 14 years or 15 years old, you don't have that mental capacity to think you know what is right and what is wrong. So in my experience, it was scary,' he told MyLondon.

Another girl, who the outlet named as Rabia*,recalled how 'there were police everywhere' in the school after the three girls left for Syria,

'They said they were there in case we wanted to give any information, but felt like they were just watching over us, but not in a protective sort of way, more like; 'oh, is this going to be the next kid who goes running off?'

Don't fall for this bullshit. She knew exactly what she was doing and what ISIS is about...
https://t.co/0XIEvr0eG5

'It was pretty intimidating, because I thought schools were meant to be a safe space,' she said.

Shemima Begum left the UK for Syria alongside Amira Abase and Kadiza Sultana in February 2015 at the age of 15, and were pictured in Gatwick Airport on their way to Turkey.

Ms Begumwas found in a refugee camp in Syria in February 2019 and pleaded to be allowed back to the UK.

She is currently being held at the al-Roj camp in northern Syria, after she had her British citizenship stripped by the Government, which in turn sparked an ongoing legal battle.

There is 'overwhelming evidence' that Islamic State bride Shamima Begum was a victim of trafficking when she left the UK, a court heard yesterday.

Begum was 15 when she and two other east London schoolgirls travelled to Syria to join the terror group in 2015.

Her legal team is challenging the Home Office's decision to remove her British citizenship on national security grounds shortly after she was found, nine months pregnant, in a Syrian refugee camp in February 2019.

Her lawyers told the Special Immigration Appeals Commission (SIAC) the Home Office had a legal duty to investigate whether Begum, 21, was a victim of trafficking when her citizenship was revoked.

Samantha Knights QC said 'the counter-terrorism unit had suspicions of coercion and control' at the time Begum left the UK. She argued that this 'gives rise to the need to investigate the issue of trafficking'.

In written submissions, Begum's legal team said the Home Office failed to consider whether she was 'a child trafficked to, and remaining in, Syria for the purposes of sexual exploitation and forced marriage'.

It added: 'There is overwhelming evidence, notwithstanding the absence of a direct statement from [Begum], that she was the victim of trafficking. But in any event there is plainly sufficient evidence to raise, at the very least, the prospect that [Begum] was such a victim so as to trigger duties of inquiry and investigation.'

Begum also wants to challenge the removal of her British citizenship on the grounds that it made her 'de facto stateless' and that the decision was procedurally unfair.

David Blundell QC, representing the Home Office, told the court: 'Miss Begum should not be permitted to amend her grounds again.' He argued: 'It is significant that the allegation is not that Miss Begum was trafficked, but rather that she 'may have been' trafficked.

'Miss Begum herself has never stated that she has been trafficked, despite having given numerous media interviews and provided instructions to her solicitors on a number of matters. The absence of a claim… means this ground proceeds on an uncertain factual basis. It is entirely speculative.'

SIAC chairman Mr Justice Jay said he would aim to give his ruling on next steps in the case later this month. In February, the Supreme Court overturned a prior decision to allow Begum to return to Britain so she could take part in her appeal. 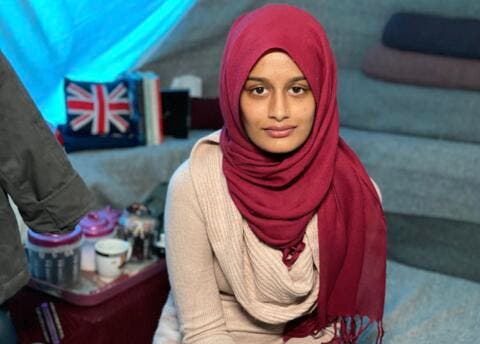 Can This “ISIS Bride” Get Back to Normal Life?