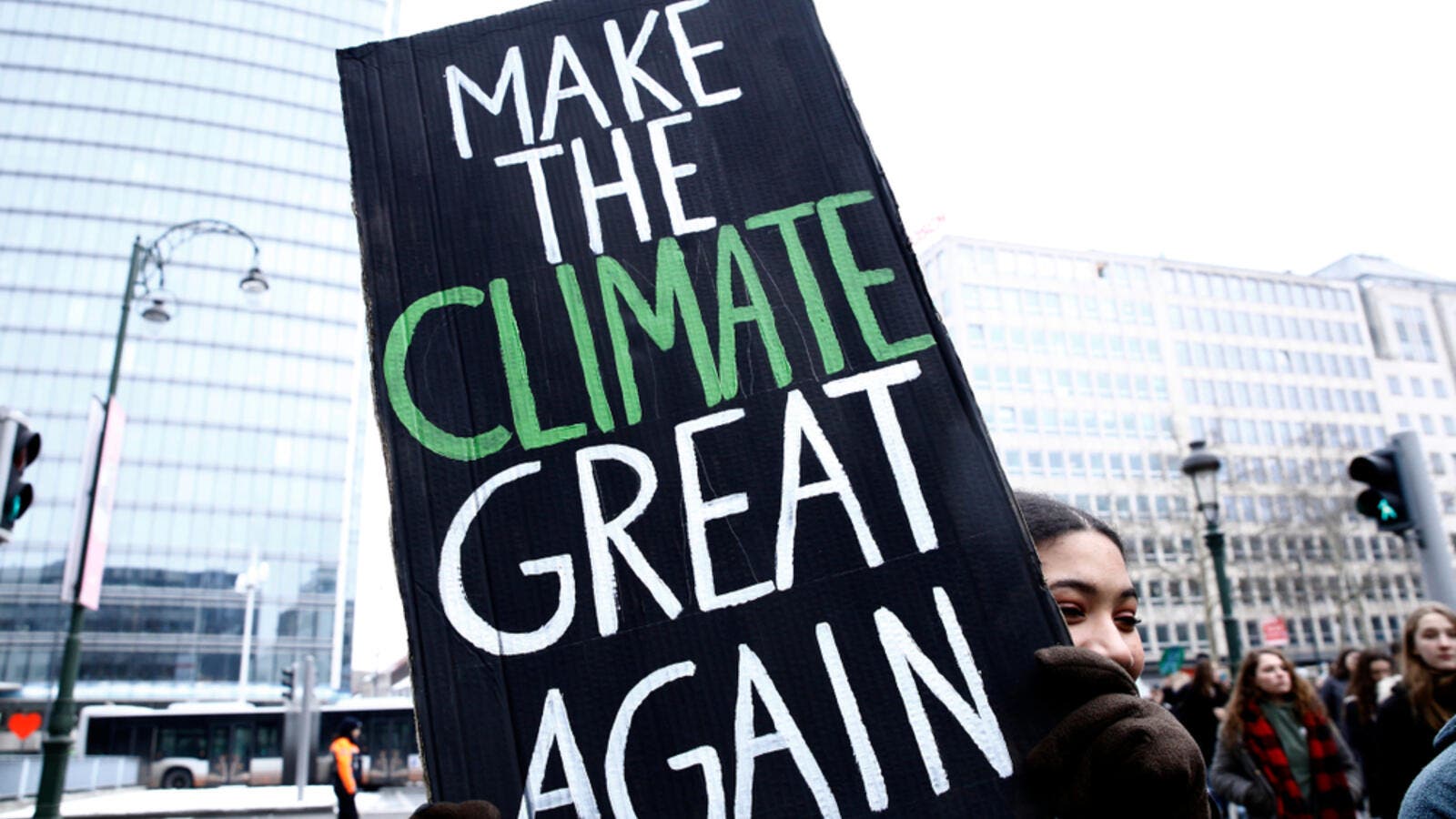 Italy will next year become the first country to make studying climate change compulsory in schools.

'The entire ministry is being changed to make sustainability and climate the centre of the education model,' Education Minister Lorenzo Fioramonti told Reuters from his Rome office on Monday.

Fioramonti, of the anti-establishment 5-Star Movement, is the government's boldest eco-warrior and was criticised by the opposition in September for encouraging pupils to go on climate strike.

Fioramonti said all state schools would dedicate 33 hours per year, almost one hour per school week, to climate change issues from the start of the next academic year in September.

Many traditional subjects, such as geography, mathematics and physics, would also be studied from the perspective of sustainable development, said the minister, a former economics professor at South Africa's Pretoria University.

Fioramonti, 42, has been a target of the right-wing opposition since becoming a minister in the two-month-old government of 5-Star and the centre-left Democratic Party.

His proposals for new taxes on airline tickets, plastic and sugary foods to raise funds for education were strongly attacked by critics who said Italians were already over-taxed.

He then sparked fury from conservatives when he suggested crucifixes should be removed from Italian classrooms to create a more inclusive environment for non-Christians.

Despite the criticism, the government's 2020 budget presented to parliament this week included both the plastic tax and a new tax on sugary drinks.

'I was ridiculed by everyone and treated like a village idiot, and now a few months later the government is using two of those proposals and it seems to me more and more people are convinced it is the way to go,' Fioramonti said.

Surveys showed 70-80% of Italians backed taxing sugar and flights, he said, adding that coalition lawmakers had told him they would table budget amendments to introduce his proposal to hike air ticket prices before the budget is approved by end-year.

Fioramonti said targeted taxes of this kind were a way of discouraging types of consumption which were harmful to the environment or individuals, while generating resources for schools, welfare or lowering income tax.

In this vein, he suggested other levies on various types of gambling and on profits from oil drilling.

His progressive positions on the economy and the environment are the antithesis of Matteo Salvini's hard-right League, which has overtaken 5-Star to become easily Italy's most popular party, with more than 30% of voter support.

Fioramonti said the new government, which has got off to a shaky start with weeks of bickering over the budget, 'will only last if it is brave,' and stops letting Salvini set the news agenda.

'I want to represent the Italy that stands against all the things that Salvini does,' Fioramonti said. 'We have to build a different narrative and not be afraid of saying something Salvini may not like, because that's why we exist.'