The Criminal Court prosecutor on Monday charged a 49-year-old man with premeditated murder in connection with the alleged stabbing death of his wife in Ruseifa on Sunday, senior official sources said. 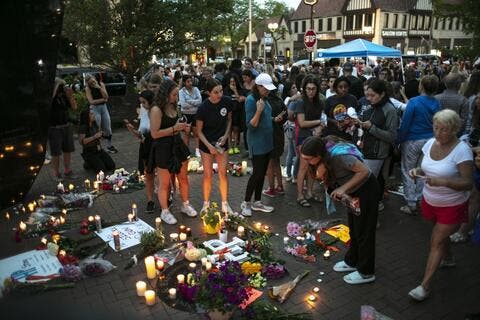 The victim, who was in a street in the Yajouz area, was allegedly stabbed by her husband, Police Spokesperson Lt. Col. Amer Sartawi said.

“The suspect then fled the scene and was later arrested after turning himself in,” Sartawi told The Jordan Times.

In his initial statement to Criminal Court Prosecutor, suspect Salah Taleb said that “he had constant marital problems with his wife, and that she had filed a divorce case against him,” a senior judicial source said.

The suspect also stated that he was “serving time in prison on a drug-related case and had been released on Thursday”, the senior judicial source told The Jordan Times.

“The suspect claimed that on Sunday, he was driving around when he spotted his wife in the street, so he grabbed a knife and stabbed her once in the back,” according to the senior judicial source.

The victim was rushed to a nearby hospital where she later succumbed to her wounds, a senior judicial source said.

An autopsy conducted at the National Institute of Forensic Medicine indicated that the victim died of a single stab wound, which caused internal bleeding, the senior judicial source added.

Investigators were unable to recover the knife allegedly used in the incident, an additional source said.

“The suspect claimed that he does not recall the place where he disposed of the knife,” the additional source told The Jordan Times.

The suspect was ordered detained at a correctional and rehabilitation centre for 15 days pending further investigation, the senior judicial source said.