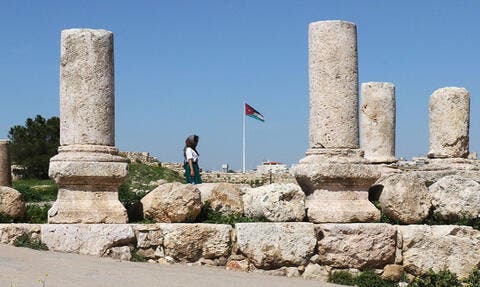 Born in Amman on January 30, 1962, King Abdullah is the eldest son of His Majesty the late King Hussein and HRH Princess Muna.

I wish to extend to His Majesty my best wishes for good health and long life full of blessings 🤍🙏🏻#ستون_ومعك_ماضون #Jordan pic.twitter.com/tschG0F4fu

A Royal Decree was issued on January 24, 1999, naming him Crown Prince. He assumed his constitutional powers as King on February 7, 1999, upon the passing of His Majesty the late King Hussein.

King Abdullah began his primary education at the Islamic Educational College in Amman and later attended St. Edmund’s School in Surrey, England. His secondary education took place at Eaglebrook School and Deerfield Academy in the US.

King Abdullah joined the Royal Military Academy at Sandhurst in the United Kingdom in 1980 and was commissioned as a second lieutenant in 1981.

He joined the Jordan Armed Forces-Arab Army in 1982, moving up the ranks in the military to become commander of the Royal Jordanian Special Forces and Special Operations.

He also served with the Royal Jordanian Air Force Anti-Tank Wing, where he received his wings in addition to his qualification as a Cobra attack pilot.

In 1987, the King joined the faculty at Georgetown University's School of Foreign Service in Washington, DC, and completed an advanced research and study programme in international affairs alongside a Master’s Degree in Foreign Service affairs.

The King rejoined the military in 1989, becoming commander of the Royal Jordanian Special Forces and Special Operations in 1994 with the rank of Brigadier General.

In 1996, the King restructured the Special Forces to comprise selected units and was promoted to the rank of Major General in 1998.

Since his accession to the Throne in 1999, King Abdullah has focused on enhancing the capabilities of citizens, enriching the concept of respect and dignity of citizens, ensuring the sovereignty of the law, realising equality and justice and equal opportunities for citizens, in addition to focusing on pushing the development process forward and highlighting the effective role of Jordan at the international level.