Learn About the Stories of Refugees in Books for Children

Published June 19th, 2021 - 05:51 GMT
Where Will I Live? by Rosemary McCarney (Twitter)
Highlights
Lubna, a little refugee girl, has a best friend, a stone, whom she tells all her tales about everything from home to war.

As the refugee crisis grew across the world, a new trend in children’s literature has also kicked in, sharing stories of refugees in children’s books. 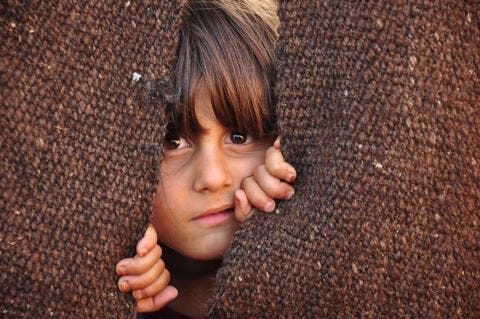 In recent decades, conflicts from Afghanistan to Iraq, Syria, Yemen and Myanmar have led to a growing refugee crisis, which has inspired so many people to tell the stories of trauma, displacement, long arduous journeys and asylum.

The growing volume of refugee children’s literature can be instrumental in developing empathy in host communities, according to authors and refugee advocates.

This literature could also potentially help shape global opinion in favour of refugees.

Here are some of influential books children can read to understand what it means to be a refugee.

This book explains a fatherless family’s incredible journey from a war-torn country to a safe country through the voice of a little girl. Francesca Sanna, the book’s writer, has interviewed with many refugee and migrant families across the world. But among all, the two girls she met in a refugee center in Italy inspired her to tell “a story about many journeys”. Bonus: it is beautifully illustrated.

Lubna, a little refugee girl, has a best friend, a stone, whom she tells all her tales about everything from home to war. Pebble never interrupts her and always loyally listens to Lubna’s stories with a smiling face. Lubna lives in a tent and despite the difficulties, she feels lucky to have Pebble. But when a little boy comes to their refugee camp alone and heartbroken, Lubna’s world fundamentally changes, recognising that this boy needs Pebble’s friendship more than Lubna does.

The story’s author is Wendy Meddour, who is also a well-known illustrator, credited with helping to improve understanding between different races and cultures. She has previously been honoured with the John C Laurence Award for writing.