Published April 22nd, 2021 - 03:37 GMT
Women sifts dried cannabis to prepare hashish in eastern Lebanon's Bekaa Valley, on March 6, 2021. As the value of the Lebanese currency plunges on the black market, the cost of imported fuel, seeds, fertilisers and pesticides priced in dollars has skyrocketed. Increasingly more small farmers, who were already in dire straits before the crisis, are deciding to grow cannabis instead. AFP
Highlights
With agriculture, we were always losers,” said Abu Ali, who asked to use a pseudonym over security concerns.

For three decades Abu Ali planted potatoes to provide for his family, but Lebanon’s economic crisis has driven up production costs and forced him to swap the crop for cannabis. 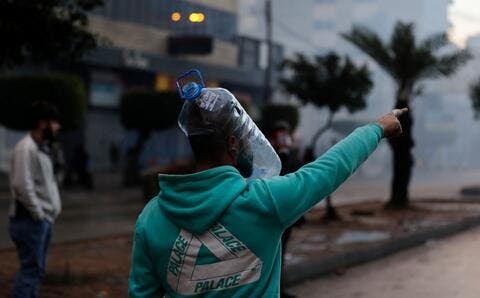 “It’s not for the love of hashish,” the 57-year-old said in the eastern Baalbek region, the heart of Lebanon’s illicit cannabis industry.

“It’s just less expensive than other crops… and allows you to live with dignity.”

Lebanon is in the throes of a spiralling economic crisis compounded by the coronavirus pandemic.

For decades Abu Ali planted potatoes to provide for his family, but Lebanon's economic crisis has forced him to swap the crop for cannabis.

As the value of the local currency plunges on the black market, the cost of imported fuel, seeds, fertilisers and pesticides priced in dollars has skyrocketed.

More and more small farmers, who were already in dire straits before the crisis, are deciding to grow cannabis instead.

“With agriculture, we were always losers,” said Abu Ali, who asked to use a pseudonym over security concerns.

After decades of neglect by the state, many of Abu Ali’s colleagues are now indebted to banks or loan sharks and have had to sell land or property to settle debts.

To avoid the same fate, Abu Ali in 2019 started cultivating hashish, or cannabis resin, which costs four times less to produce than potatoes or green beans.

It also requires less water and fertiliser, while strong market demand means he can rake in a stable income for the first time in years.

“When we planted vegetables we couldn’t even buy fuel for heating,” Abu Ali said.

He has dedicated two hectares (five acres) of land to hashish cultivation — enough to produce around 100 kilograms (220 pounds) every harvest.

One kilogram sells for an average of two million Lebanese pounds ($160 dollars at the black market rate), but its price could reach up to five million pounds depending on quality.

“I’m not living the high life, but… I can feed and support my family,” Abu Ali said.

Hashish production was once limited to a few villages in the Baalbek, including Yammouneh, but its deputy mayor Hussein Shreif said it is now gaining traction across the whole region.

“You literally can go into a household & find no food in the fridge or in the pantries.”

The economic crisis has pushed more than HALF of 🇱🇧 Lebanon’s population into poverty & food prices 🥙 have skyrocketed – even for the most basic household staples. https://t.co/y0hvXTyp2M

“Many farmers have given up on growing their usual produce because of losses,” he said.

Cannabis, on the other hand, “costs less to produce and rakes in a profit irrespective of how much it’s sold for.”

Lebanon is the world’s fourth biggest hashish producer behind Morocco, Afghanistan and Pakistan, the United Nations said in a 2020 report.

At least 40,000 hectares of land are planted with cannabis, the UN says, even though its sale and consumption are officially banned in Lebanon.

A year ago parliament voted to legalise growing cannabis for medical use, to boost revenues for the crippled economy.

However, authorities have yet to take action, even though hashish could rake in $350 million a year in revenues and up to $1 billion by the fifth year, outgoing agriculture minister Abbas Mortada said.

The government still needs to create a regulatory body to oversee legalisation and a months-long delay in the formation of a new cabinet means it will not likely see the light anytime soon, he said.

Mortada explained that he was working with international institutions and drafting plans to boost an agriculture sector that has been “neglected for decades.”

“It could be worse in 2021,” largely because of a deeper devaluation of the pound, said FAO’s Lebanon representative Maurice Saade.

Over the past year, “many farmers either could not plant at all, or had to reduce their planting areas”, he said.

As a result, farmers are falling deeper into debt “or are using old seeds so they are getting lower yields”.

In partnership with the government, the FAO will be handing around 30,000 farmers a $300 voucher to help them buy supplies and agricultural equipment, he said.

In the garage of a Yammouneh home, a grower who asked to be called Mohammad looked on as two workers extracted cannabis resin using a sieve.

Outside, burlap bags packed with cannabis seeds lay stacked against the wall.

Mohammad started growing the herb in 2018 after more than 20 years of planting potatoes.

He has allotted a little more than a hectare of land to cultivating cannabis, and even receives payment in hashish from neighbours who extract water from his well.

He says he has never looked back. 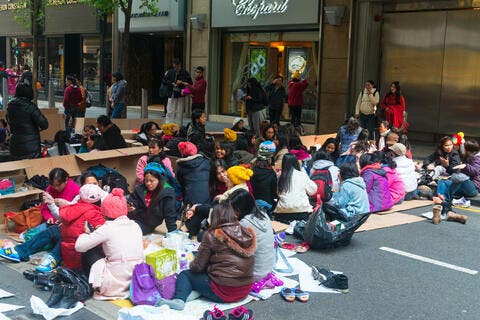 “With potatoes, you make a profit one year and lose for three years after that,” the 60-year-old said. “With hashish there are no losses.”

“If it weren’t for growing cannabis, people wouldn’t be able to eat.”