Makkah: 70,000 Liters of Disinfectant to Clean The Grand Mosque Daily

Published May 5th, 2021 - 10:50 GMT
Amazing wide panorama of Holy Kaaba inside Masjid Al Haram or Grand Mosque of Mecca. (Shutterstock)
Highlights
Some of the other health precautions include 3,000 garbage bins distributed across the mosque and each of the squares in the Grand mosque being washed 10 times a day.

More than 70,000 liters of disinfectant are being used to clean the Grand Mosque in Makkah each day during Ramadan to protect against COVID-19. 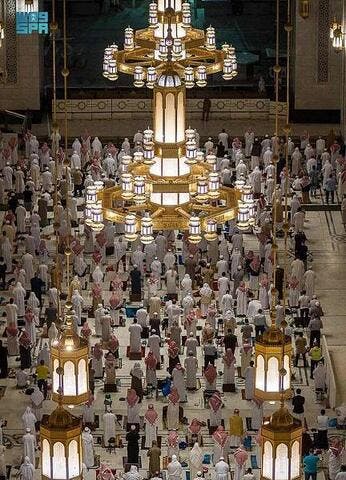 The numbers show the vast cleaning operations being deployed in the Kingdom to protect worshippers against the virus.

The General Presidency for the Affairs of the Grand Mosque and the Prophet's Mosque introduced strict measures to ensure the safety of pilgrims. They include social distancing, wearing face masks, providing guided walkways, sanitization stations, and only permitting vaccinated pilgrims to enter.

Along with the disinfectants,1,500 liters of sanitizing perfumes are released daily at the site.

Some of the other health precautions include 3,000 garbage bins distributed across the mosque and each of the squares in the Grand mosque being washed 10 times a day.

There are also 200 supervisors and 4,000 hygiene workers maintaining the safety standards throughout the Grand Mosque each day. 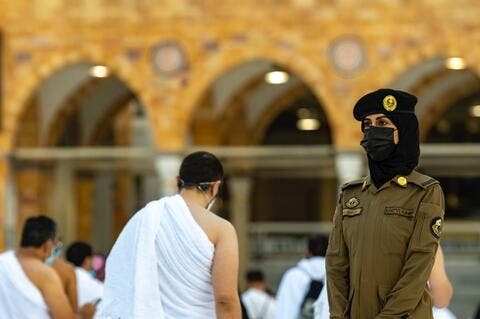 #HappeningNow Extraordinary scenes at the Grand Mosque in Makkah as rain poured on pilgrims praying near the @HolyKaaba. pic.twitter.com/szfznW85C8

In the first ten days of Ramadan 1.5 million pilgrims visited the Grand Mosque and that number is expected to increase sharply in the final 10 days of the Holy Month.