Melania Trump is set to auction off the 'iconic' white hat she wore for her husband's first official state visit from a foreign head of state as part of an 'important' and 'one-of-a-kind' $250,000 sale commemorating the former President's milestone. 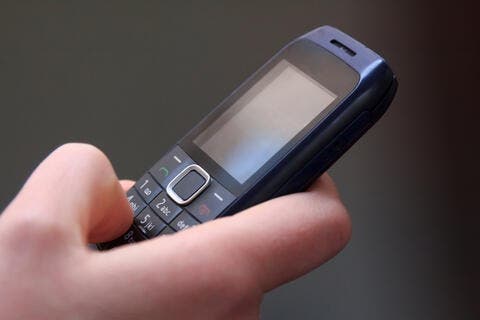 The 51-year-old former First Lady announced the launch of her 'Head of State' auction on Tuesday - just weeks after selling her first-ever non-fungible token (NFT) - revealing three different items that will be sold off together, including a second NFT created by Marc-Antoine Coulon, the same man behind her first digital portrait.

In addition to the wide-brimmed white hat worn by Melania to welcome French President Emmanuel Macron and his wife Brigitte to the White House in April 2018, the auction also features a watercolor painting by Coulon of the former First Lady wearing the bold accessory, as well as a moving digital NFT version of the artwork.

All three items included in the auction - which opens on January 11 with a starting bid of $250,000, or 1415.86 Solana (SOL), a form of cryptocurrency - are signed by Melania, while both versions of her portrait also featuring the artist's autograph.

Non-fungible tokens – or NFTs – are unique and non-interchangeable units of data stored on a digital ledger or blockchain, the same technology behind cryptocurrencies like Bitcoin and Ethereum. They have been gaining popularity as of late, especially with the rise of cryptocurrency hits like Dogecoin and Bitcoin.

Announcing the auction via her official office, Melania recalled the significance of the Macrons' visit to the White House, while detailing the 'great consideration' that went into the planning of her ensemble for the occasion, which saw her pairing the wide-brimmed hat with a white skirt suit designed by Michael Kors.

'Mrs. Trump recognized this important moment for the country, and accordingly, a great deal of consideration went into the planning,' a statement on her website explains.

'The elegant hat, without ornate decoration, spoke loudly to Mrs. Trump’s admiration for millinery design and superior craftsmanship. This one-of-a-kind hat was constructed from the same white crepe textile as the suit, and fabricated in New York City.'

Melania's latest auction launch comes less than a month after she announced the sale of her first-ever NFT: a digital watercolor painting of her eyes, which came complete with an audio message detailing her 'vision'.

'My vision is: Look forward with inspiration, strength and courage,' she stated in the brief recording.

Entitled 'Melania's Vision', the digital painting - which was signed by Melania and Coulon - was initially valued at around $185, however the former First Lady has not yet disclosed how much it was eventually auctioned off for.

Melania Trump announced Tuesday morning that she is holding an auction of the white hat she wore during the visit of the French first family, the Macrons, to the White House in 2018 https://t.co/RsSdLrYRZM

As with her first NFT auction, some of the funds from this latest sale will be donated to children living in the foster care system, in order to provide them with 'access to computer science and technology education'.

At the time of the first NFT launch, Melania announced her plans to auction off more items in the future, with her office stating that further sales would include a trio of elements: a digital artwork, a physical artwork, and a physical accessory of historic note.

In the year since former President Trump's exit from the White House, Melania has maintained a relatively low profile, preferring to shy away from the public eye, while her husband has continued to make regular appearances at events and rallies.

However, in recent months, the former First Lady has taken several steps back into the spotlight, both through the launch of her NFT gallery and appearances at a handful of public events, including a New Year's Eve party at Mar-a-Lago.

Speaking to conservative outlet Breitbart News about the launch of her NFT endeavor last month, Melania explained that the project had been a part of her 'vision' ever since the end of Trump's presidency, explaining: 'Since leaving the White House, I have envisioned creating a new platform where Freedom of Speech can flourish.

'My new NFT gallery, MelaniaTrump.com, uses the decentralized nature of Blockchain Technology, and gives a direct connection to people worldwide,' she added. 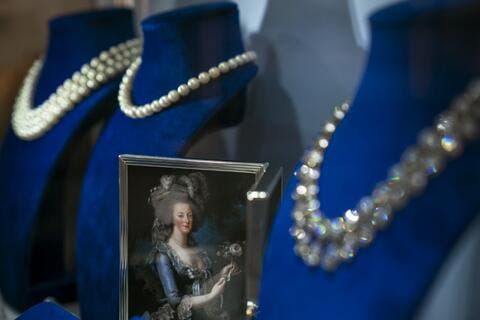 'My love of the arts is showing in my first NFT, Melania's Vision, which I created with artist, Marc-Antoine Coulon. A portion of the sales from NFT will be donated to children in the foster community.

'My Be Best initiative, Fostering the Future, will provide students a range of technology skills to prepare them for the workforce. I am excited to inspire America's next generation of entrepreneurs.'