Published September 22nd, 2022 - 11:31 GMT
(Shutterstock/ File Photo)
Highlights
He claims he met the woman on social media and asked her to marry him after a year of communication

An Arab woman who took Dh350,000 from her fiancé in preparation of their wedding party has been ordered to pay back the money after he found out that she was, in fact, already married to another man. 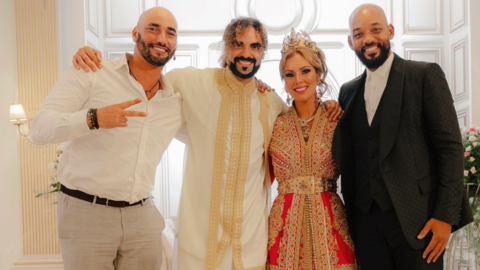 The Al Ain Court of First Instance found the woman guilty of lying and unlawfully taking her-ex fiancé's money, ordering her to return the cash to him as it did not serve the intended purpose.

According to official court documents, the lawsuit the man filed demands that the woman return the sum he had transferred to her account following their engagement; he also requests another Dh20,000 from the woman for the damages he suffered.

The man explained that he met the woman on social media and had asked her to marry him after they had spent a year communicating with each other. The woman accepted his proposal and then asked him to give her money to prepare for the wedding, following which the man transferred Dh350,000 to her bank account.

He said he had become suspicious when his fiancée delayed setting the date for their engagement party.

It is then that he made some investigations, eventually finding out that the woman was actually married to another man, and that she had lied to him saying that she was single.

The man said he had asked the woman to return his money, but she refused.

This forced him to take her to court, where he presented bank transfer documents and WhatsApp communications between them to support his claims.

In court, the woman denied taking the man’s money, claiming that it was a gift. But the three witnesses presented by the man testified that the money was to prepare for their wedding party – which never happened as the woman was already married to another man for over a year and a half.

After hearing from all parties, the judge ordered the woman to pay back the man’s money, and to pay him another Dh6,000 in damages.

Federer Teams Up with Nadal at Laver Cup for Final Match