Published May 5th, 2021 - 07:02 GMT
children's book called "The Bench" (Twitter)
Highlights
'Growing up my mother was in prison for most of my childhood,' he said, before talking about how his grandmother raised him.

Meghan Markle enlisted award-winning Californian artist Christian Robinson to illustrate her £12.99 ($18.99) children's book called The Bench, which is inspired by Prince Harry and her son Archie. 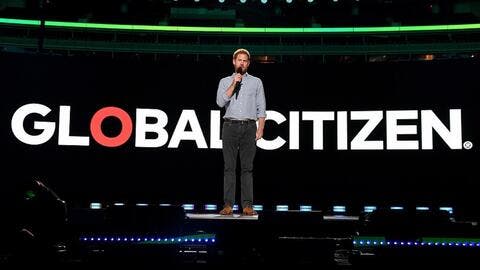 In a statement announcing her new venture, the Duchess of Sussex, 39, said she wanted the story, which will be published on June 8 by Random House, to be told through an 'inclusive lens' and will feature a 'diverse group of father and sons'.

The book will be illustrated by Christian Robinson, 35, from Sacramento, who was brought up by his grandmother in a one-bedroom flat also shared with his brother, two cousins and aunt.

The bestselling artist, who has worked for Pixar, has previously detailed how his creativity growing up was his way of 'having some say over my circumstances' while his mother, who struggled with addiction and mental health, was in prison for most of his childhood, for reasons unknown.

Meghan, who revealed her book was inspired by a poem she wrote for Prince Harry at the time of the birth of their son Archie, said she worked closely with Christian to create the 'beautiful and ethereal watercolour illustrations' in the story.

The Bench aims to explore the 'special bond between father and son' as 'seen through a mother's eyes,' Meghan, who will narrate the $4.99 audiobook, said.

Sharing the book cover on his Instagram, the illustrator said: 'The Bench, written by Meghan, The Duchess of Sussex, is a celebration of the relationship between father and son. It was an honor to illustrate this book!'

Christian has made a name for himself in the world of children's book illustrations, having won the Caldecott Medal and Coretta Scott King Illustrator Award for his art in Last Stop on Market Street.

The New York Time bestseller followed the journey of a grandparent and grandchild.

According to publisher Simon and Schuster, Christian grew up 'in a small one-bedroom apartment with his brother, two cousins, aunt and grandmother.'

Meghan, Duchess of Sussex, is publishing a children's book called "The Bench," to be released June 8, 2021.

It's based on a poem that Meghan wrote Harry for his first Father's Day: pic.twitter.com/J0fpON30dq

'Drawing became a way to make space for himself and to create the kind of world he wanted to see,' added the profile. 'He presently lives in northern California with his rescue greyhound Baldwin and several houseplants.'

Speaking to Today in February, Christian opened up about his childhood, explaining how a character in a book he was working on with Matt De La Pena, called Milo Imagines The World, whose mother was in jail, paralleled his own life.

'Growing up my mother was in prison for most of my childhood,' he said, before talking about how his grandmother raised him.

'We didn't have much space or much means, and looking back, I recognise that creativity, drawing and making pictures was my way of having some say over my circumstances,' he said.

His grandmother, Lee Jenkins, revealed Christian went into her care unexpectedly, and that growing up without a 'consistent' mother had been hard on him.

But Christian said he didn't see his mother as an 'antagonist,' and revealed going to see the Lion King with her as a child ignited his interest in animation.

Meghan, Duchess of Sussex has written a children's book for @PenguinUKBooks' Random House called The Bench, about the “special bond between father and son as seen through a mother’s eyes”! More here: https://t.co/ZWcRhWj2Or pic.twitter.com/IuZkcAj4cF

While his children book's illustrations have been prolific, Christian was set to work for animation studios after studying animation at the California Institute of the Arts.

The Sacramento-based artist earned himself internships at The Pixar Animation Studios, where he was asked to do some drawings heart-warming animated movie Up, which was released in 2009.

Up's director Pete Doctor spotted his illustrations and asked Christian to make the children's book version of the film.  As well as working for Pixar, Christian also worked for the Sesame Street workshop.

In an interview with children literature website Brightly, Christian opened up about his love of art.

'As a child, I loved making things: drawings, paintings, sculpture, anything I could get my hands on. Creativity allowed me to be in charge, to make my own rules, and create my own little world on paper,' he said.

The artist revealed he found inspiration in vintage children's books from the 1950s and 1960s, nature, animation, children's art and even fine arts.

He also revealed he produced his award-winning illustrations in an old warehouse that has been reconverted into a shared artist studio.

In 2019, he told Book Riot his favourite part of designing a book was the cover.  'There’s such an opportunity to set the scene and invite readers into the world of the story,' he said.

'It’s the most challenging but also the most rewarding part, because it is what gives readers a first impression, as we all know we totally judge books by their covers,' he went on.

In 2020, he illustrated You Matter, a book that promoted seeing the world from different points of view, which aimed to help parents teach their children about empathy.