Published May 16th, 2021 - 01:10 GMT
She won the hearts of the people of Myanmar on the international stage of the 2021 Miss Universe competition (Twitter)
Highlights
Across Myanmar, citizens have been pushing back against the ruling junta, staging massive demonstrations which have been met with violence by the military and led to the deaths of hundreds so far. 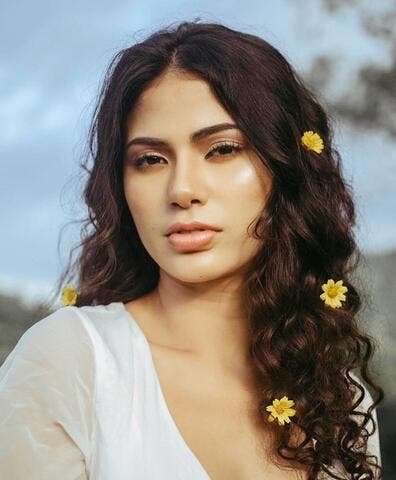 The Filipino Contender for Miss Universe 2019 is Half-Palestinian

With a number of beauty queens using their platform on Friday morning to highlight social injustice and patriotic messages, last night the women stripped down to colourful two-pieces and stilettos for the preliminary competition, ahead of Monday's official pageant.

Showing off their stunning physiques, the contestants also donned colour-coordinating kimonos and sashes revealing their respective countries as they strutted across the stage at the Seminole Hard Rock Hotel and Casino in Florida.

She won the hearts of Myanmar people on the international stage of Miss Universe competition 2021. Thank you for speaking out! #MissUniverse2021 #MissUniverseMyanmar #WhatsHappeningInMyanmar pic.twitter.com/OhjuzDlm3F

The bikini round was followed by the evening gown competition which saw hopefuls dress in elegant, glitzy figure-hugging gowns.

Among the others calling for their message to be heard was Miss Myanmar, Thuzar Wint Lwin, who held up a sign which urged for 'prayers' for her country. The Asian nation has been embroiled in unrest since the military carried out a putsch on February 1, disputing the results of an election that resulted in a pro-democracy party winning power.

saw this on fb and i just wanted to share this here. Ms. Myanmar, Ms. Singapore and Ms. Uruguay using their platforms, voice and influence at the Miss Universe 2021 National Competition ❤ pic.twitter.com/kA25lCDvc7

Across Myanmar, citizens have been pushing back against the ruling junta, staging massive demonstrations which have been met with violence by the military and led to the deaths of hundreds so far.

Elsewhere, Miss Singapore Bernadette Belle Ong, who donned a pair of thigh-high red boots, decided to include her powerful message into her costume.

The beauty contestant shone a spotlight on the #StopAsianHate movement through a sequinned bodysuit which included a hashtag on a flowing cape. 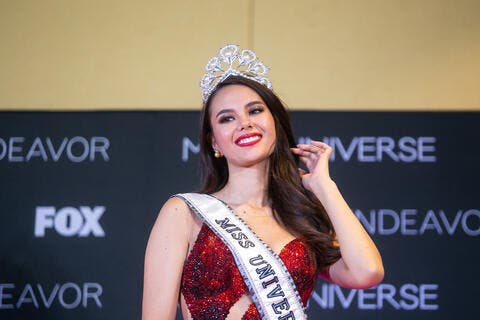 Other memorable performances included Miss Philippines Rabiya Mateo, who stood out in a pair of red and blue wings and three stars which represented the colours and symbols of her country's flag.