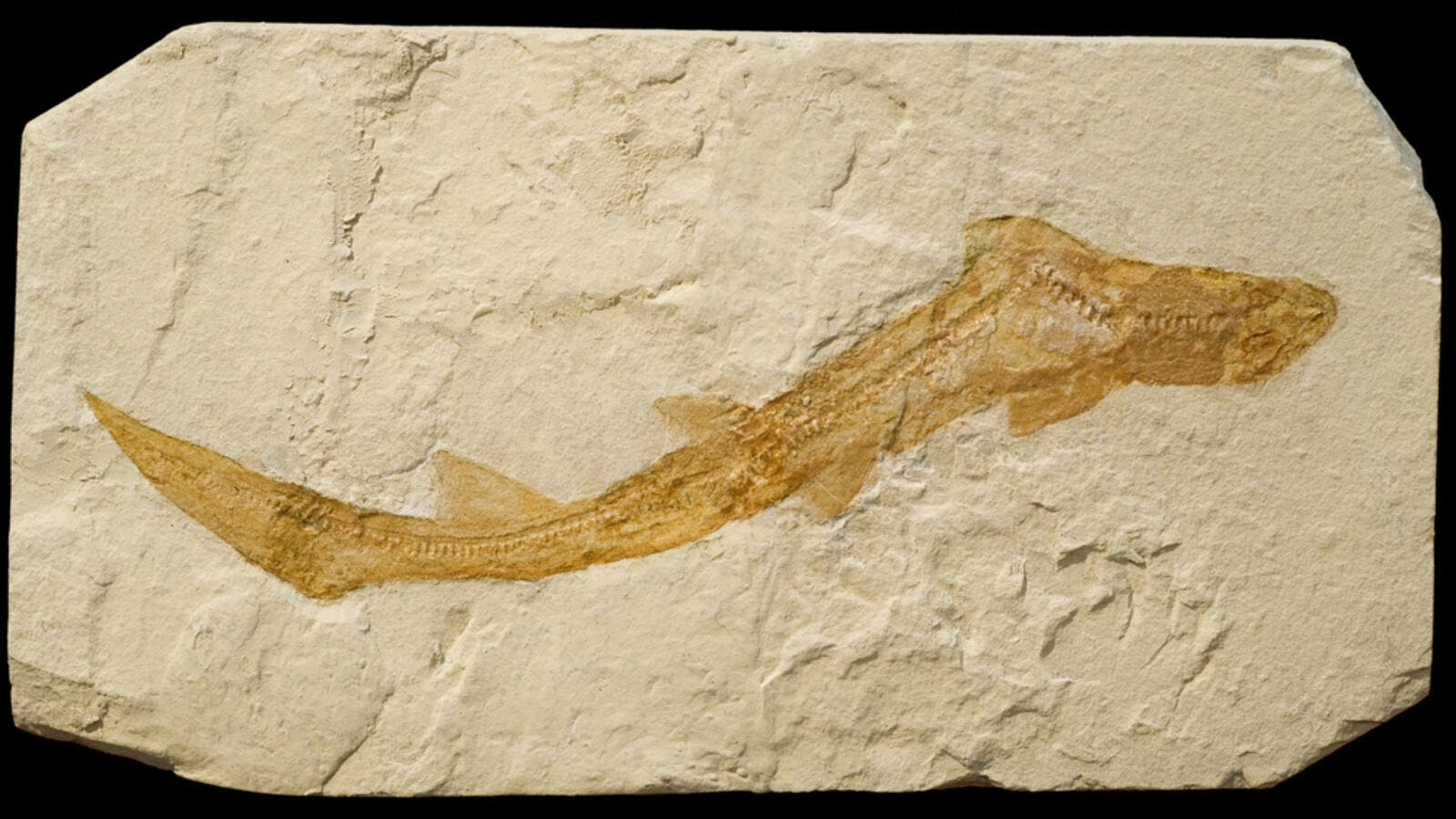 An international team of researchers has found the first skeletal remains of Phoebodus, an ancient shark, in the Anti-Atlas Mountains in Morocco.

Ancient sharks that are long extinct left behind a lot of teeth, but a complete skeleton has never been found before. This is because their skeletons were made of soft cartilage instead of hard bone, so finding a full fossilized one can be so rare. In this new effort, the researchers announced in the journal Proceedings of the Royal Society that they found a complete fossilized skeleton of Phoebodus, a shark that lived over 350 million years ago.

A report by the Science X Network on the discovery stated that "the shark fossil was found in a mountainous region of Morocco that had once been a shallow sea basin. The region's limited water circulation and low oxygen levels have created an environment that has preserved the fossil for future generations."

According to the report, prior to the find, the only evidence of Phoebodus was three teeth. The fossilized remains revealed that the specimens were approximately 360 to 370 million years old.

Study coauthor Christian Klug of the University of Zurich, said: "In studying the fossilized skeleton, we were able to see that the old shark had a long, slim body (almost like an eel), a flat skull and a long jaw," noting that it resembles the modern frilled sharks that still live in the sea but with small contrasts in their teeth.

The old shark teeth were pointed, rather than the more common serrated edges of current fish. Many modern sharks have serrated teeth that allow them to cut up their prey before ingesting the pieces. By contrast, the cone-shaped, inward-pointing teeth of Phoebodus and the frilled shark are only good for capturing prey and then swallowing it whole.