Music Therapy: Bayan Abuzinadah Gives Saudis a Sound of The Past 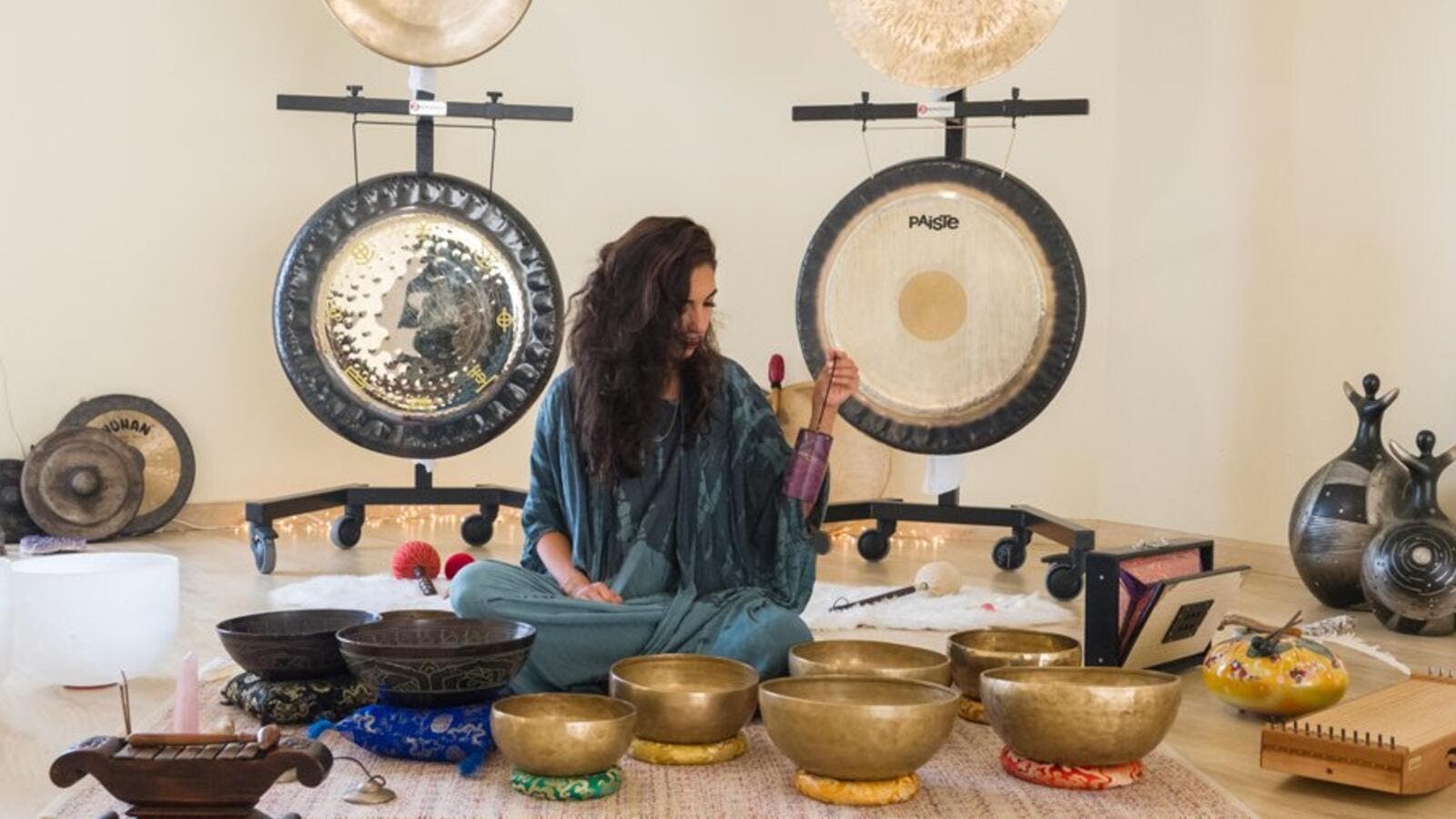 Bayan Abuzinadah, Saudi Arabia’s first female sound therapist, is introducing Jeddawis to a type of therapy that was previously unknown to the city’s residents.

Sound therapy uses music instruments and tools made of wood, glass, copper and rocks, which serve as a method of healing that was used in ancient Greece, India and Egypt.

Abuzinadah is a certified sound therapist inspiring others to self-heal and find their maximum potential.

She is certified from different institutions around the world, including the International Institute for Complementary Therapists in Australia.
The 35-year-old mother of two opened Saudi Arabia’s first certified sound therapy studio in Jeddah’s Al-Murjan district.

“An hour of yoga nidra is equivalent to four hours of sleep,” Abuzinadah said.

“Yoga nidra is related to an Indian word called sankalpa, meaning a seed. We implant a certain idea in ourselves at the beginning of the class, with the intention to leave and achieve this idea.”

Abuzinadah added: “Chakra chanting, affirmation and rebalancing is about following your breath and closing your eyes as the journey begins by repeating or chanting seven different words 11 times each. Each word is related to one of the seven chakras (the body’s energy centers).”

She added: “When I first started to give sessions and workshops in Madinah, people were so impressed about how they felt, and they were excited about this kind of knowledge. This gradually encouraged me to establish my studio in Jeddah.”

Abuzinadah has been practicing sound therapy on herself since 2014. “I combine breath work with sound in my sessions,” she said.

During a retreat in Spain five years ago, “I came out of the class so relaxed and relieved that I knew I wanted to do this for the rest of my life,” she added.

“My first certificate was from the Light Spirit College for Sound Therapy, and also the Celtic School of Sound Healing in Ireland.”

In Bali, Abuzinadah also practiced shamanism, which involves reaching altered states of consciousness in order to perceive and interact with the spirit world.

“I healed with mother nature and talked to animals and trees, and had the chance to learn and perform with one of the world’s icons in sound therapy, Don Conreaux,” she said.

“I decided to bring sound therapy here (Jeddah) because we live in a city with a super-fast rhythm, and sound therapy, in my opinion, is the most effective way to reduce stress,” she added.

“Most hospitals in Europe and the US, especially cancer-specialized hospitals, offer sound therapy to help with pain relief. It’s also excellent for sleeping disorders.”

Abuzinadah offers workshops and classes in Madinah, Jeddah, Riyadh and the Eastern Province.  She has coached more than 15 women to become certified sound healers.

Wafa Badawi, a Saudi fashion designer,  said that Abuzinadah’s course was “marvellous,” adding: “It exceeded my expectations. This course gave me more self-esteem and has strengthened my self-confidence.”