Pope Francis strongly condemned violence against women Saturday in a New Year's Day homily focusing on the Blessed Virgin Mary and the plight of young mothers fleeing war and conflict. 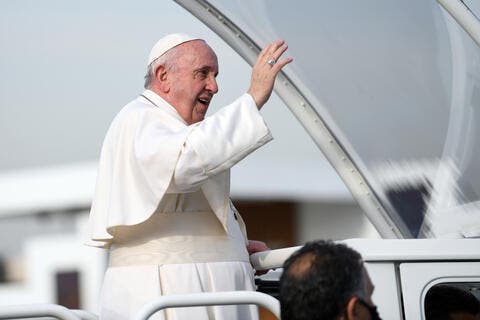 While celebrating Mass at Saint Peter's Basilica in the Vatican on the occasion of the Solemnity of Mary, Mother of God -- the Roman Catholic feast day honoring her as the mother of Jesus -- Francis encouraged the faithful to make greater efforts to safeguard mothers and protect women.

Let us all make greater efforts to promote mothers and to protect women. How much violence is directed against women! Enough! To hurt a woman is to insult God, who from a woman took on our humanity.

"How much violence is directed against women? Enough," he declared. "To hurt a woman is to insult God, who from a woman took on our humanity -- not through an angel, not directly, but through a woman."

Also marking Saturday as World Peace Day, the pontiff compared modern-day mothers and their children fleeing conflicts and famine or waiting in refugee camps to Mary's trials in caring for the baby Jesus in dire poverty.

Like her, Francis said, today's faithful can help others to bring positive change in our world.

"If we become craftsmen of fraternity, we will be able to mend the threads of a world torn apart by war and violence," he said.

Saturday's New Year message was the latest of several recent instances in which the 85-year-old pontiff has spoken out about violence against women.

Pope calls for end to violence against women in new year message https://t.co/jQVT0ja3is 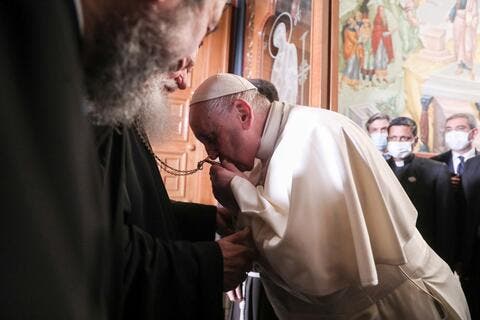 In his traditional Urbi et Orbi address on Christmas Day, Francis called on God to "comfort the victims of violence against women that is rampant in this time of pandemic."

And last month in a television broadcast by Italy's Mediaset network, he also lamented the abuse of women, citing "the great number of women who are beaten, abused at home, even by their husbands," and describing the violence against them as almost "satanic."