Pope Francis told journalists and officials on Saturday's visit to Greece that the world is seeing a scaling back of democracy. 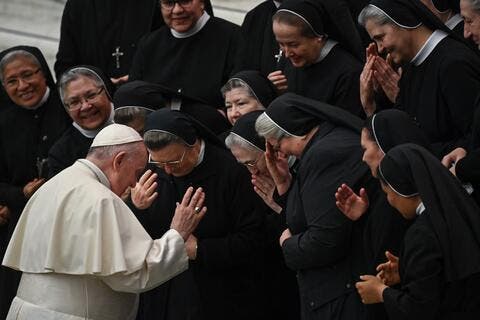 “We cannot avoid noting with concern how today, and not only in Europe, we are witnessing a retreat from democracy," said Francis at his welcoming ceremony at the Greek Presidential mansion.

The pontiff said the migration issue is a “horrendous modern Odyssey,” aiming to draw attention to the refugee crisis in Europe.

In his journey to Greece and Cyprus, Pope Francis spoke about the joy of Evangelization and on the "apostolic roots" shared by Catholics and Orthodox. https://t.co/PQjGHVTlkP

“Europe continues to hesitate, and the EU has often fallen prey to forms of nationalistic self-interest, rather than being an engine of solidarity, and has appeared at times blocked and uncoordinated,” he said.

The pope said democracy is complex but wider participation is needed and warned against the attractive easy answers of populism, adding that democracy would be the answer to authoritarianism.

Greek President Kateina Sakellaropoulou welcomed the pontiff and praised him for his social sensitivity and his support.

“I welcome you with special honor and emotion,” she said, adding that Francis’ visit has a symbolic value as it shows his concern in the wider region.

Quoting several Greek philosophers, Francis pleaded for the return of the common good in politics and to be wary of politicians with "an obsessive quest for popularity, and unrealistic promises."

Tomorrow I will go to Cyprus and Greece to visit the dear populations of these countries rich in history, spirituality and civilization. It will be a journey to the sources of apostolic faith and fraternity among Christians of various confessions. Accompany me with your prayer! 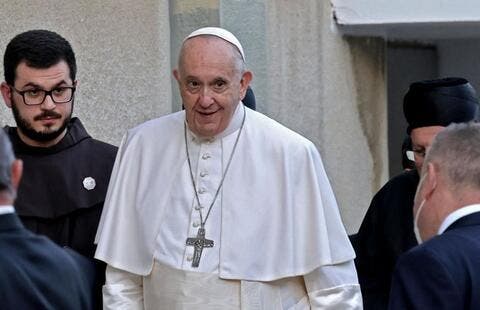 He was welcomed by Sakellaropoulou who extended an invitation and was greeted at the airport by Foreign Affairs Minister Nikos Dendias, Vatican ambassador and leaders of the Greek Catholic Church.

The pope is also expected to visit Lesvos island and its reception centers for a second time since 2016.