Pope Francis Recovers From Surgery, Goes Back to Work

Published July 11th, 2021 - 09:08 GMT
Pope Francis, 84, will lead Sunday's Angelus prayer from the Rome hospital where he is recovering from colon surgery, the Vatican said on July 9, 2021. "The Angelus will be recited from the 10th floor of the A. Gemelli University Hospital," said spokesman Matteo Bruni, adding that the pontiff was continuing to recover well from last Sunday's operation. Filippo MONTEFORTE / AFP

Pope Francis is gradually increasing his activities and is eating with health aides who are helping him recover from this week's intestinal surgery, the Vatican said Saturday. 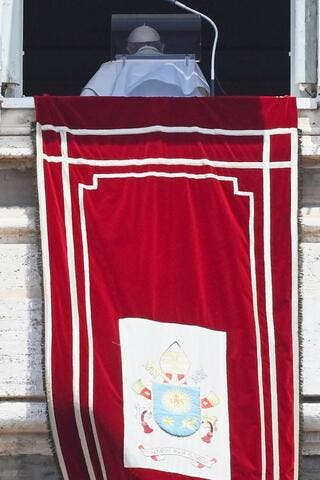 Matteo Bruni, director of the Holy See press office, said in a medical update that the Roman Catholic pontiff is "gradually resuming work and continues to stroll in the corridor" at Rome's Gemelli Hospital.

Pope Francis is gradually resuming work, is walking, has "satisfactory" blood tests and "is continuing the prescribed treatment" following last week's surgery, according to a spokesperson for the Holy See https://t.co/9SiwjnuTZH

Francis celebrated Holy Mass in its private chapel on Friday "and in the evening he dined with those who are assisting him during these days," Bruni said.

"Pope Francis' day was calm, with the expected clinical progress," he added. "His blood tests are satisfactory and he is continuing the prescribed treatment."

The pope has been recuperating at the hospital all week following surgery on July 4. He also celebrated mass on Thursday with hospital staffers who have cared for him since the 84-year-old had the operation for severe diverticular stenosis.

I wish Pope Francis a speedy recovery from his surgery. We need him strong! #pope #princegharios #elchemor pic.twitter.com/kR70QoOHMz 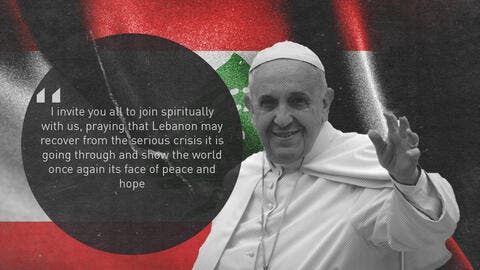 Vatican officials said the pope will perform the Angelus prayer from the 10th floor of the hospital on Sunday.

"The Holy Father, experiencing first-hand the human dedication of the medical and health personnel assisting him, has addressed a special thought to all those who with care and compassion choose the face of suffering, engaging in a personal relationship with the sick, especially the most fragile and vulnerable," the Vatican spokesman said.