French first lady Brigitte Macron received an anonymous telephone call alleging that her president husband Emmanuel Macron was with a gay lover, it has emerged. 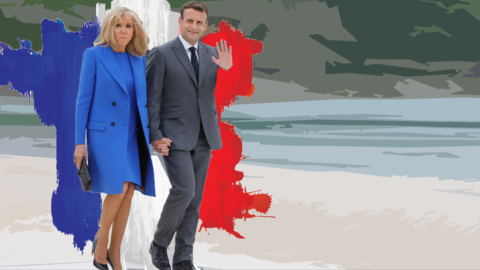 ‘Brigitte Macron Is a Man’: Who Is Behind the Rumor?

Despite top-level security checks on all her devices, a tormentor got through to the 68-year-old and said: 'I know your husband is right now with a man.'

Political commentator Nicolas Prisette makes the claim in a new documentary called ‘In the Hell of the Presidential Campaigns’ on BFM – France’s most popular TV news channel.

It follows frequent scandalous rumours about the couple’s personal life, including claims that Ms Macron was in fact born a man.

The pair first met in 1993, when President Macron, then 15, walked into 39-year-old Brigitte's high-school literature class in Amiens, France.

Brigitte later divorced her husband, with whom she shares three children, in favour of Mr Macron, a man 24 years her junior.

Senator François Patriat, a member of Mr Macron’s En Marche (On The Move) party, confirmed that Ms Macron was left devastated by the telephone call alleging her 44-year-old husband was with a lover.

Mr Patriat said Ms Macron told friends afterwards: ‘Do you realise what they dare to say? We won’t be spared anything. I was sad and shocked to hear that, but we will push on.’

The 24-year age gap between the Macrons has always caused problems, especially as they began a relationship when Emmanuel Macron was still a schoolboy in their home city of Amiens, northern France.

His affair with the future Ms Macron, then a married teacher and mother-of-three, caused a scandal, but the couple have remained together ever since.

In his book and political manifesto Revolution, President Macron described the affair as 'a love often clandestine, often hidden, misunderstood by many before imposing itself.'

The Macrons ended up getting married in the Channel beach resort of Le Touquet in 2007, but not before causing extreme angst among those closest to them.

The documentary also notes that Ms Macron has been hurt by criticism about her dress sense since becoming first lady in 2017.

Gael Tchakaloff, a confidante of Ms Macron, told the programme that even the ‘candidate’s team was not a fan of hers, and I could hear them talk about it saying “she mustn’t show herself too much, she can damage the image of our candidate“.

Ms Tchakaloff said aides thought Ms Macron was ‘too brushed, too cross-legged, wearing too much make-up, too much of a bimbo.’

Lawyers for Ms Macron last month lauched legal proceedings over fake claims that she is a transgender woman who was born a man.

Brigitte Macron 'received anonymous phone call saying her husband was with a gay lover' according to an explosive new documentary set to air in France.

The pair first met in 1993 when Macron was 15 and Brigitte was his 39 year old teacher married with three children of her own. pic.twitter.com/v0oxNOqiD4

Conspiracy theorists have attacked Ms Macron on social media after a far-right publication published the baseless rumours in December.

Despite such claims, Mr Macron remains the runaway favourite to be re-elected President of France in April.

The latest Ipsos-Sopra Steria opinion poll put him on 26 per cent of the vote in the first round, far ahead of his nearest rival, National Rally candidate Marine Le Pen on 17 per cent.

Mr Macron was just 16 when he declared his love for the then Mrs Brigitte Auzière, his drama teacher.

Her first husband, André-Louis Auzière, moved out of the family home in Amiens, and went to live in Lille. 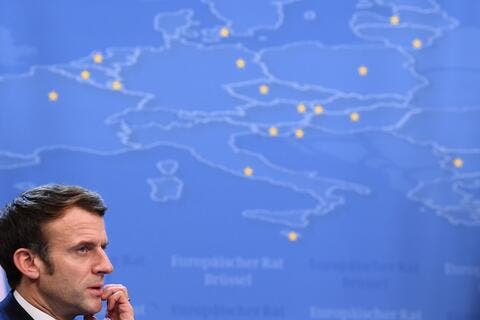 Mr Macron's doctor parents asked Mrs Auzière to stop seeing him until he was 18 but she said 'I can't promise you anything,' according to the documentary.

Instead, Mr Macron was sent to Paris to continue his education, and they continued seeing each until the Auzières finally divorced.