Published April 29th, 2021 - 01:57 GMT
The Duke and Duchess’ (Twitter)
Highlights
He said that while 'neither can be criticised', William and Kate's photos look more natural, while 'PR conscious' Harry and Meghan's appear to be staged. 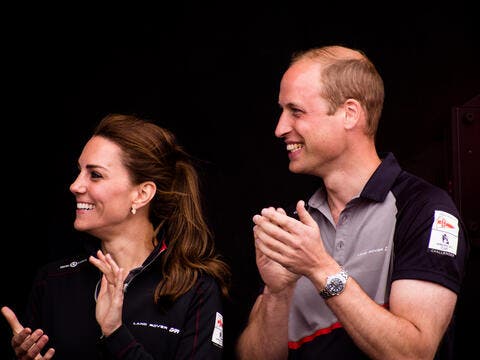 British Royals Wish Everyone a 'Safe and Happy Easter'

By sharing a couple's portrait, the couple followed in the footsteps of Prince Harry, 36, and Meghan Markle, 39, with the snap, who recently released two black and white photos to announce Meghan's pregnancy, posing in the grounds of their $14 million Californian mansion in front of a 'tree of life.'

Photographer Glenn said the 'clear differences' between the two images in terms of poses and editing indicated their approaches to royal life, explaining: 'It shows the two brothers are looking for different things in terms of public relations and people’s perception of them as people.'

He said that while 'neither can be criticised', William and Kate's photos look more natural, while 'PR conscious' Harry and Meghan's appear to be staged.

To mark their tenth anniversary today, the Duke and Duchess of Cambridge have released two stunning new portraits taken this week at Kensington Palace.

The couple turned to celebrity snapper Chris Floyd, best known for his Britpop portraits of the 1990s, including Oasis, Supergrass and The Verve, as well as Sir Paul McCartney, David Bowie and artist David Hockney.

Kate and William are pictured standing in the courtyard at their official London residence as well as sitting in the garden. In each, it is clear the couple have an easy, affectionate confidence with each other.

A youthful Kate, 39, is wearing a bohemian-style blue patterned Avery wrap dress by Ghost costing £195. William, 38, is smart casual in a blue jumper and shirt. The duchess’s hair is styled into waves instead of the more formal dark curls she favoured early in their marriage – William would be the first to admit, jokingly, he simply has noticeably less hair.

Glenn contrasted the images with snaps shared earlier this year by Prince Harry and Meghan, who also chose to pose in front of a tree, in the grounds of their incredible Santa Barbara mansion.

One of the black and white images showed the couple sat under a tree in Los Angeles, with Harry resting his hand on Meghan's head as she lay in his lap cradling her bump.

The couple released the photo earlier this year to announce that Meghan is pregnant with their second child.

Meanwhile another image shared on International Women's Day showed Prince Harry cradling Meghan while she held their son Archie in her arms.

It was released by photographer Misan Harriman within hours of their bombshell Oprah interview, where they announced they were expecting a girl.

At the time, the importance of the backdrop was highlighted by photographer Misan Harriman, who talked in an interview about the 'tree of life' and the 'garden representing fertility, life and moving forward'.

Vogue photographer Harriman claimed that Meghan and Harry were 'so comfortable chatting and being in the moment that they were not fully aware that he was shooting a piece of history'.

However Glenn disagreed with the photographer, saying: 'So the difference is quite clear because Harry and Megan are so very conscious and PR-minded with many of their images that they send out.'

The photographer said the Duke and Duchess' picture was far from candid, adding: 'These images are usually black and white for a start- and quite a lot of post production work has been done - discreetly but clearly been done on their images.'

Meanwhile he called the images of Kate and William 'beautiful', adding: 'Neither can be criticised, but for sure William and Kate aren’t trying so much, with a more honest straightforward approach to their images that get sent out to the public.'

Glenn also revealed Prince Harry and Meghan appeared 'posed' and said the images from their photoshoot appeared to have been staged. 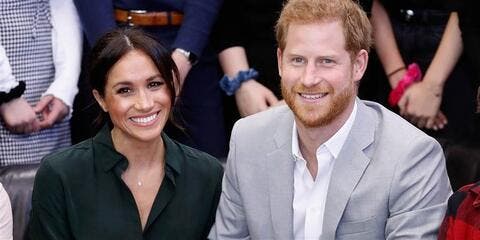 Harry and Meghan Are Told to Drop Their 'Sussex Royal' Label
— The Telegraph (@Telegraph) April 29, 2021

He said Kate and Prince William appeared to be sitting 'more naturally' together and said he thought the couple looked 'relaxed'.

Meanwhile he added: 'Harry and Megan are so posed and too considered, yet William and Kate are more naturally sitting relaxed with each other because it’s not staged.'