RCP8.5: The Scientific Debate Over the Future of the Planet

Published August 5th, 2021 - 09:04 GMT
fire close to the Kemerkoy Thermal Power Plant, at Oren in Milas, northen Turkey on August 4, 2021.(Photo by Yasin AKGUL / AFP)
Highlights
Over the past eight years, the world’s climate has risen from 0.3°C to nearly 1.3°C above pre-industrial levels of warming. The summer months in China, Europe, and now in Turkey, have seen extreme weather events which have caused devastating damage

The first installment of the Intergovernmental Panel on Climate Change’s (IPCC) report, to be released next week, will likely address a central problem for climate scientists around the world. The forthcoming IPCC report will ask the vital question: what can we expect in the future? This question has been the center of hard-fought debate in the climate community in recent years. 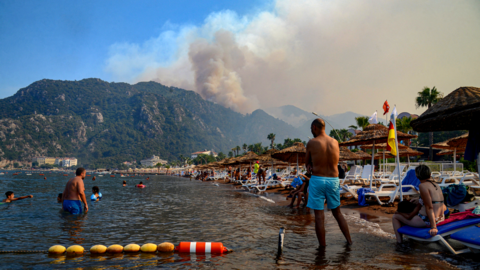 How Can We Stop the Financial Bleeding of Climate Change and Wildfires?

Over the past eight years, the world’s climate has risen from 0.3°C to nearly 1.3°C above pre-industrial levels of warming. The summer months in China, Europe, and now in Turkey, have seen extreme weather events which have caused devastating damage to life and infrastructure.

The IPCC’s problem revolves around a set of models known as “Representative Concentration Pathways” (RCPs). Specifically, a model known as RCP8.5, or “business as usual”, has come under fire, including by some of the original modelers themselves, for over-estimating the effects that a lack of climate policies would have on the Earth’s environment.

“Pathways” emphasizes that the models are designed to provide “time-dependent” projections on likely outcomes, taking into account the effects of greenhouse gases, socioeconomics, and government policies, amongst other factors.

RCP8.5 is the worst-case scenario if emissions continue to rise throughout the 21st century. It’s designed to predict what would happen if no action was taken, up to the 90th percentile. It works by calculating the climate’s sensitivity to the emission of different amounts of greenhouse gases into the atmosphere.

However, when compared with other models and past climates it appears RCP8.5 is too sensitive to the effects of greenhouse gases, predicting too much temperature rise in the future or falsely too great a temperature loss during past climates.

The use of RCP8.5 is useful, perhaps, as a means of illustrating the effects of a full-blown reliance on coal and other fossil fuels. RCP8.5 predicted the potential temperature rises to almost 5C. More recent models predict a future around 1C cooler than this, a rise that would still see mass extinction, more extreme weather conditions, and unimaginable scales of suffering.

“My fellow co-chair and I are trying to ban the use of the expression ‘business as usual’”, Skea said in a recent interview. “It's not particularly helpful. And when the next Working Group III reports come out, we'll have something to say about the use of RCP8.5.”

PNAS published a defense of the RCP8.5 scenario by the scientists at @woodsholeresctr. While I agree with parts of it, some parts are also a bit incomplete or problematic. Lets take a look: https://t.co/5ddiwUV1aY

However, a 2020 report published in the U.S. says “RCP8.5… will continue to serve as a useful tool for quantifying physical climate risk, especially over near- to midterm policy-relevant time horizons.” 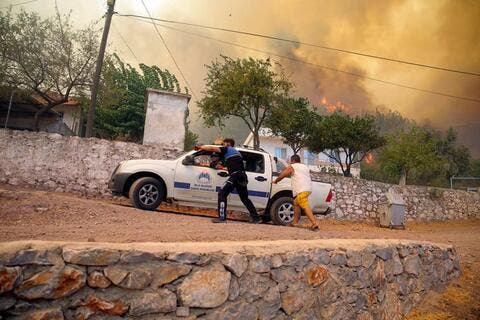 “Not only are the emissions consistent with RCP8.5 in close agreement with historical total cumulative CO2 emissions (within 1%), but RCP8.5 is also the best match out to midcentury under current and stated policies with still highly plausible levels of CO2 emissions in 2100.”

The report to be released on 9 August is one in a string of publications that will give policy-makers and citizens an update on the latest scientific research on climate change. Previous reports have been instrumental in pushing governments to change policy.

New projections for the future are likely to arrive next week and in the coming months before the IPCC’s synthesis report is published in 2022.