A Pennsylvania firefighter's helmet, lost during a water rescue, was found three years later after floating 422 miles to Kentucky. 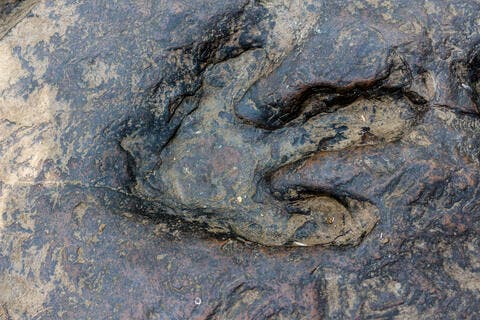 Daniel Hughes said he was kayaking in the Ohio River in Maysville, Ky., when he found a bright yellow helmet tangled in some debris on the riverbank.

"I thought at the time that maybe it was a hard hat or a ball, something like that, but I got it into the boat and it was a firefighter's helmet with the owner's ID still attached to it," Hughes told The Ledger Independent newspaper.

Hughes shared photos of the helmet, which belonged to Franklin Park, Pa., firefighter Dave Vodarick, to the Franklin Park Fire Department's Facebook page, where it came to the attention of Chief Bill Chicots.

"The helmet belonged to Dave Vodarick, he's been a member of our fire department since 1974; he lost the helmet during a water rescue in October 2019," Chicots said.

He said the rapidly moving water nearly carried Vodarick away, and was successful in taking the helmet off his head.

"The chief said they went back and looked for the helmet but never found it, it took three years for it to end up here in Maysville," Hughes said.

Hughes said he is making arrangements with Chicots to mail the helmet back to the department.

"The chief told me they are actually going to put the helmet in their trophy case; they never expected to see it again," Hughes said.