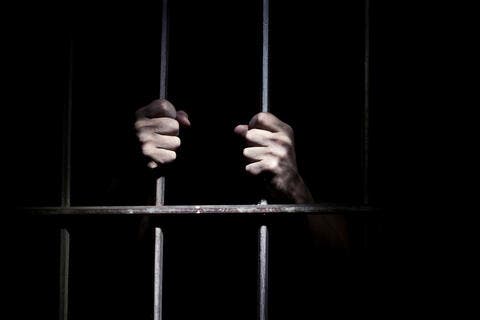 Known as Rita Fox, 20, she is the fourth person in recent days to be held for such stunts.

The actress posted a picture of her 'bare buttocks against the background of the Kremlin', on the edge of Red Square, in Moscow, which triggered complaints, she said.

She told her followers: 'I am now imprisoned for 14 days.

'I have been punished for the petty hooliganism, according to my sentence.'

Ren TV said she had been 'inspired' by Instagram model who posted an image simulating oral sex in view of St Basil's Cathedral, also on Red Square.

Anastasia Chistova, 19, and her boyfriend, influencer Ruslani Murodzhonzoda, 23 — a Tajik national also known as Ruslan Bobiyev, both apologised but were jailed for ten months each.

In another case Instagrammer Ira Volkova, 30, was held in St Petersburg for exposing her rear outside floodlit St Isaac's Orthodox Cathedral.

She will face a trial later and is now under house arrest.

And finally, on the far left, we have a woman identified as Rita Fox, a self-described adult film actress and “escort.” She was jailed earlier today for 14 days for a booty-flashing in Red Square. (Convicted of disorderly conduct.) https://t.co/LSzqH4Bssr

Fox - whose real first name is Ksenia, and is reported to be from St Petersburg - was punished more quickly with a 14-day sentence for her post on Telegram, she said.

Russia has tightened its laws over stunts that may cause offence in or near churches or other important buildings. 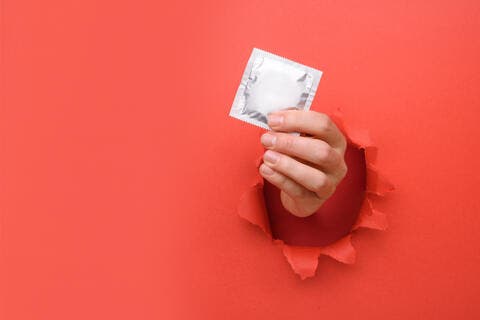 When the complaints poured in, Fox said 'at first I didn't understand.

'Then, oh, how I understood what I had done.'