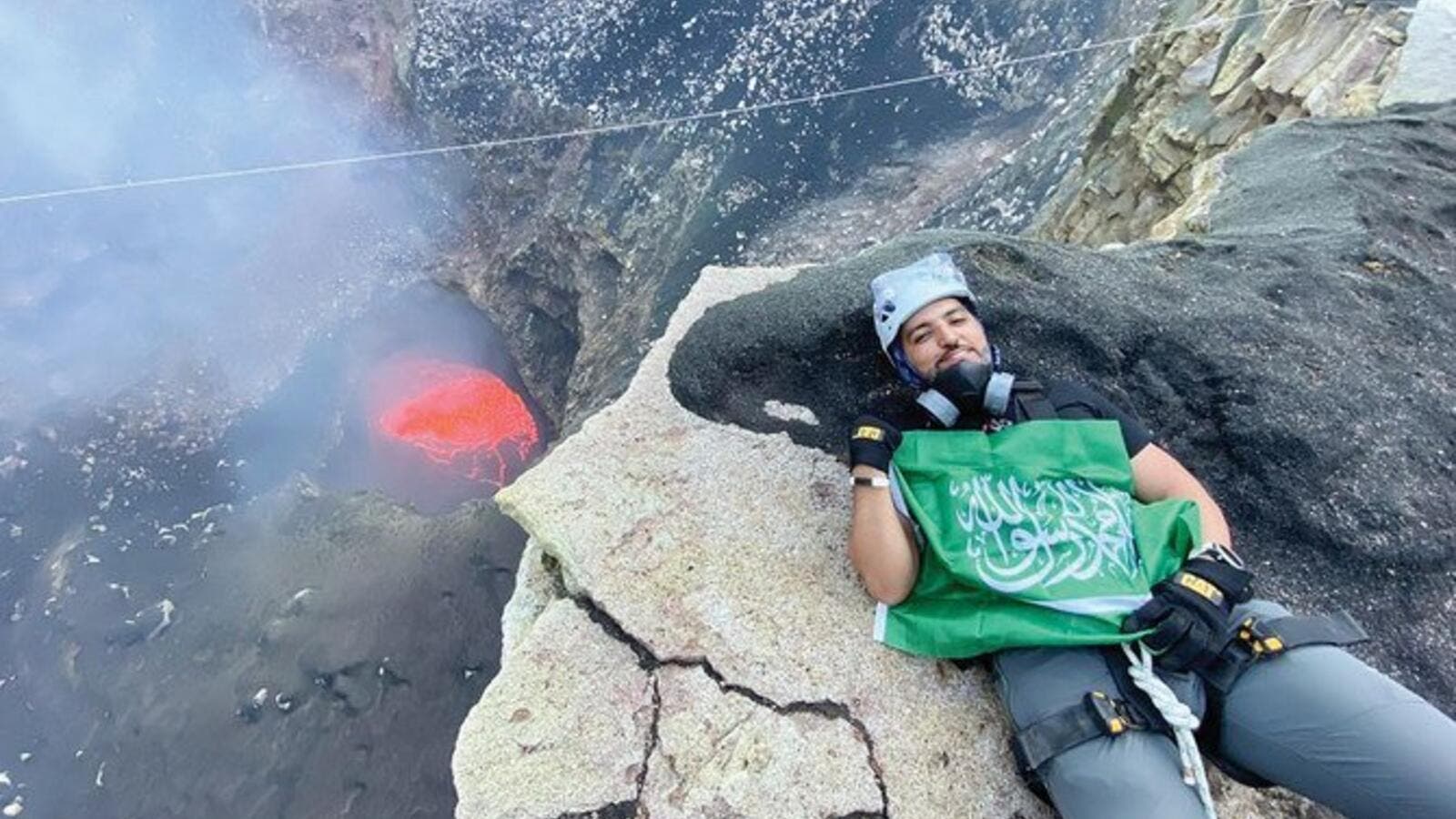 Al-Shibani journeyed to the Masaya lake of molten lava in Nicaragua. (Supplied)
Highlights
Al-Shibani’s passion for adventure started 15 years ago when he made a list of goals.

Saudi adventurer Badr Al-Shibani will be on top of the world when he ticks off the latest lifetime ambition on his bucket list.

After realizing his childhood dream of seeing an active volcano, the 39-year-old entrepreneur is now training to climb Everest.

If Al-Shibani scales the 8,848m Himalayan peak this year, he will be only the fifth Saudi to do so.

“I think traveling, and wondering, and doing adventure is the new way of living,” he said.

Al-Shibani’s passion for adventure started 15 years ago when he made a list of goals that included reaching the summits of the world’s highest seven mountains, jumping out of a plane, diving into the deepest cave, and visiting an active volcano.

After preparing for a year, Al-Shibani journeyed to the Masaya lake of molten lava in Nicaragua. Formed during an eruption 2,500 years ago, the lake is contained in a volcanic vent and with expert help he was able to hang above it.

“I cannot find a word to describe how I was feeling, but it was a mix of thrill, adrenaline rush and maybe scared a little bit, especially when I was hanging over the volcano beneath me,” he said.

Al-Shibani has now been training for six months for the Everest trip, with four months of preparation to go. “It is not an easy mountain. It’ll take us two months there on the mountain just to reach the summit and come back,” he said.