Saudi Slaps a Fine on Pilgrims Without Permit

Those who perform Haj without a permit will be handed a 10,000 riyal fine, Saudi Arabian authorities said on Wednesday. 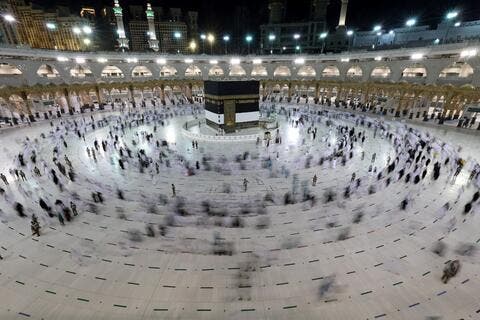 In a tweet spokesman Brigadier General Sami bin Mohammad Al Shuwairkh stressed that those wishing to perform the pilgrimage must first obtain an official permit.

Al Shuwairkh also said that officers would "fulfill their duties" in securing routes leading to the Grand Mosque in Makkah and other holy sites to deter any violators.

With Saudi Arabia announcing permits for one million Muslims to perform the annual pilgrimage this year, more people have been able to get permits than in the previous two years, when it was severely restricted due to the Covid-19 pandemic.