Shark Vs Alligator: Who Would Win the Fight?

A tourist capturing video of an alligator in South Carolina ended up recording the moment a shark swam up and nipped the reptile on the foot. 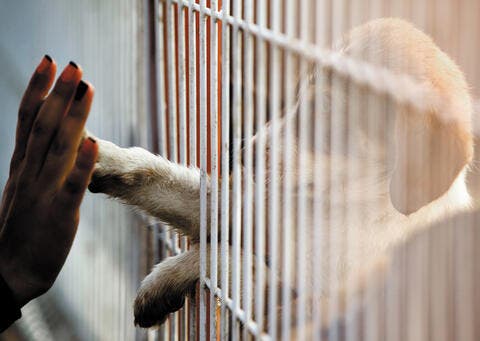 Animal activists Slam Those Who Adopt Pets Then Abandon Them

Cory Conlon said he was filming the alligator enjoying some sun near some docks in Hilton Head when a shark began circling underneath the gator.

Conlon's video shows the shark swimming up to the alligator and biting it on the leg. The alligator gives a startled jump, but does not appear to be injured.

The shark had been circling the alligator from below before taking a chance and biting the animal’s leg. https://t.co/zdC2jEA85m

Conlon said the shark continued to swim in circles under the alligator for several moments.

Alligators and sharks have been spotted sharing space in the wild before.

Gray Vinson said he was walking on a bridge over the Indian River Lagoon in Vero Beach, Fla., in March when he spotted an alligator and a bull shark swimming side by side. Vinson captured video of the two predators' synchronized swimming.