The kidnapped daughter of the ruler of Dubai has appeared in another social media post claiming she is in Spain on a European holiday. 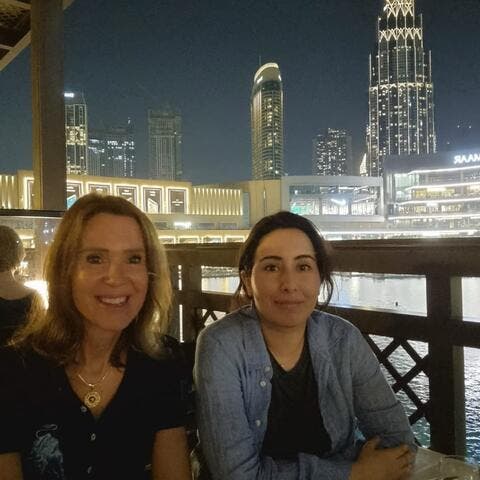 Princess Latifa Al Maktoum, who has been the subject of concern from the UN, appeared in a photo alongside former Royal Navy member Sioned Taylor on Instagram on Monday.

The 35-year-old Sheikha had said she was being held hostage by her father after she tried to flee the country for the United States in 2018.

The latest post shows the pair posing for a photo at Adolfo Suarez Madrid–Barajas Airport with a suitcase.

Comments by Taylor acknowledged the location of the image, which match other images of the airport.

Asked about Sheikha Latifa, Ms Taylor wrote in another comment 'she is great' with a thumbs-up emoji.

Princess Latifa had not been seen in public since her failed attempt to flee the UAE in 2018 https://t.co/z1BuKAO362

The two women know each other from their love of skydiving with Taylor now working as maths teacher at a school in Dubai.

It is likely Ms Taylor would have been given permission by the ruler of Dubai to post the photograph - a rare occasion Latifa has been seen in public since December 2018 when she was part of a staged photo opportunity with former Irish President Mary Robinson.

Another snap was posted last month by Fiona Day, a self-described psychic medium who posts frequently about animals and veganism, topics that Princess Latifa is also understood to be passionate about.

A close friend in Dubai told MailOnline last month: 'Princess Latifa is out of what she called the "villa prison." She is no longer under armed guard and has been allowed to see friends. She is able to make contact with friends and have something of a normal life.

'We are very hopeful that things are moving the right direction and she will be able to decide what she wants to do. The fact that she is no longer being held in a villa against her will is a major step forward.'

Earlier this year, Latifa described her hostage ordeal in a series of haunting videos obtained by MailOnline.

They were secretly made after being kidnapped by her father in 2018 as she tried to flee the country to start a new life in the United States.

In one video she said she was a 'hostage' and described where she was staying as a 'villa prison' with her every move monitored by security forces working for her father.

She said: 'This villa has been converted into a jail. All the windows are barred shut.

Latifa had escaped Dubai in February 2018 after recording a disturbing video in which she revealed her troubled relationship with her father.

After the release of the February 2021 videos, the United Nations demanded to see proof of life and called for Latifa to be freed.

The Free Latifa campaign has demanded sanctions be placed on the Dubai ruler over his failure to release his daughter and comply with the UN demands.

Latifa is one of the Sheikh's 30 children and has previously claimed she was tortured an imprisoned after a failed attempt to flee Dubai in 2002.

The Dubai ruler, one of the world's richest men and largest property owners in the UK, had claimed his daughter was suffering from a mental illness and was being looked after by his family.

With the UN demand for proof of life and threat of sanctions Latifa's supporters believe he has finally agreed to allow his daughter more freedom.

He said last month: 'This is all very good news and there are certain matters going on behind the scenes that we are hopeful will result in further positive news.'

The princess said she was drugged and tortured on the orders of her father. She said was not allowed to drive, had no passport and was followed by a team of guards.

Latifa also claimed her older sister Shamsa is being kept against her will in Dubai after she tried to escape the kingdom and was abducted from the UK in 2000.

Latifa, who is one of the Sheikh's 30 children by his six wives, fled Dubai by jet ski to rendezvous with a yacht waiting to sail to India.

After eight days at sea, the yacht she was travelling on was boarded by Indian commandos off the coast of Goa and she was returned to the custody of her father in Dubai. 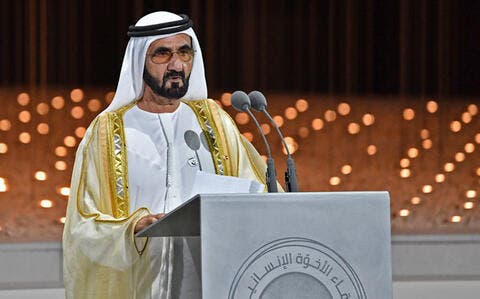 Why Did Princess Latifa's Guards Put Razor Blades and a Stopwatch in Her Room?

Latifa hoped to travel to India and then the United States to seek asylum.

The sheikh says Latifa was tricked into escaping by criminals who wanted money and that returning her to Dubai was a rescue mission.