Published May 18th, 2021 - 12:41 GMT
Lunar eclipse (Shutterstock)
Highlights
The full moon that occurs in May is known as the Flower Moon, named for the fact that flowers tend to come into bloom in May.

Next week a supermoon will combine with a lunar eclipse, causing our natural satellite to appear bigger and redder than usual, according to astronomers. 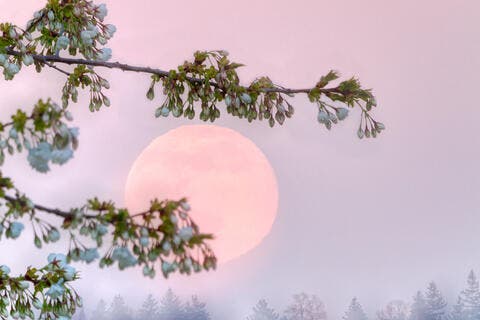 Look Up! Its a 'Pink Supermoon' Blasting in The Skies!

The Super Blood Moon, called that as the total lunar eclipse occurs when the moon is at its closest point to Earth, will reach its peak brightness at 23:32 BST on May 26.

The eclipse will be start at 12:18 BST on May 26, but won't be visible from the UK as the moon will be below the horizon. However, skygazers across much of the US, Australia and parts of South America can witness the moon turn red for 14 minutes.

The full moon that occurs in May is known as the Flower Moon, named for the fact that flowers tend to come into bloom in May.

A total lunar eclipse, like the one that will be visible in the US next week, is referred to as a Blood Moon due its more reddish colour than a non-eclipsed moon.

As well as being visible across most of the US, people in Australia, western parts of South America and South-East Asia should be able to see the eclipse happen.

Look up next week! A Super Blood Moon and Lunar Eclipse will grace our skies https://t.co/kkEKUExsGD

This will happen a few hours after the moon reaches perigee, that is the closest point to Earth in its orbit, making it appear larger than a normal full moon.

Unfortunately for people in the UK the moon will be below the horizon during the eclipse itself.

A lunar eclipse happens two to five times a year, with a total eclipse happening every two to three years, according to Royal Observatory Greenwich astronomers.

A total lunar eclipse, like this one, occurs when the Earth comes between the sun and the moon and the shadow of the Earth completely covers the moon. It turns a shade of red when the eclipse reaches totality.

The level of 'red' depends on a number of factors, including the amount of global dust in the Earth's atmosphere at the time of totality.

It can be a deep coppery red, or almost identical to its usual greyish self. 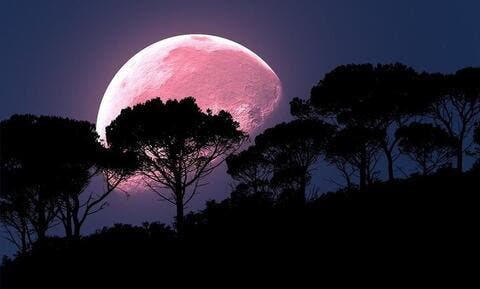 Rare Pink Supermoon Light Up The Night Sky The Worldover

On May 16, 2022 the UK will be able to watch its next total lunar eclipse, along with North America, Europe, South America and parts of Africa.